West Ham can climb above Chelsea, Tottenham and Liverpool and move into the top four in the Premier League with a win at Wolverhampton. The race for the final Champions League qualification places took a twist over the weekend with Leicester and Chelsea — the teams in third and fourth — both losing and fifth-place Tottenham only drawing. West Ham will look to take advantage against a Wolves team which has little to play for this season. Everton is also still involved in the fight for the European places and is eighth, five points behind Chelsea, heading into a home match against Crystal Palace.

Barcelona has a chance to move within a point of Spanish league leader Atlético Madrid when it plays relegation-threatened Valladolid at the Camp Nou Stadium. Atlético lost 1-0 at fourth-place Sevilla on Sunday. Barcelona has won five league games in a row entering Monday’s game. Valladolid has won only one of its last 11 league games. It sits three points from the relegation zone. 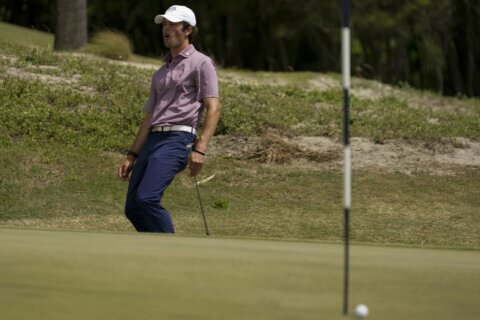