In 33 years as a head coach, Dave Van Horn couldn’t recall winning a game quite the way his Arkansas Razorbacks did in the series finale at Mississippi.

Their 18-14 victory on Sunday came after they squandered leads of 11-0 and 14-6. The Razorbacks broke a 14-all tie in the eighth and got three strong innings of relief from Kevin Kopps to win a series in Oxford, Mississippi, for the first time since 2010 and take a one-game lead in the Southeastern Conference West.

“I tried to think back during the game of a game like this, how I handled it or what happened. I really couldn’t come up with one, honestly,” Van Horn said. “It was a roller coaster to say the least. It’s baseball, and sometimes it gets out of control. Just glad we punched in that last field goal.”

Winning two of three against what was a top-five opponent made Arkansas (26-5, 9-3) the consensus No. 1 team in the polls Monday.

Ole Miss pitchers issued 17 walks Sunday, the second-most Arkansas has drawn in program history, and the Hogs scored their most runs since February 2018.

Arkansas broke that 14-14 tie with three runs in the eighth and added an insurance run in the ninth. Brady Slavens, who was 1 for 10 in the series when he came to the plate in the eighth, had the big hit with a two-run double.

“When they scored those runs and tied it up 14-all, we were like, ‘Wow, how did that happen?’ “ Van Horn said. ”I just walked up and down the dugout and said, ‘Hey, it’s fine. We’ve got two innings left, the game is tied, let’s win the last two innings and get out of here.”

The Razorbacks, who will begin a six-game homestand having won 14 of their last 16, are tied for first nationally with 54 home runs and lead the SEC with 7.8 runs per game.

Arkansas’ biggest concern is starting pitching. The Hogs have had only three quality starts in 31 games, meaning the starter went at least six innings and allowed no more than three runs. The starter has made it past the fourth inning in only 13 games.

Starters Lael Lockhart, Peyton Pallette and Patrick Wicklander combined for 7 1/3 innings against Ole Miss. That left eight relievers to work 18 2/3 innings, with Kopps allowing one run and striking out nine over six.

“We’re having to get into our bullpen way too early,” Van Horn said. “We’re going to wear them out.”

The top three teams in the D1Baseball.com and Collegiate Baseball newspaper rankings are Arkansas, Vanderbilt (25-5) and Texas (25-8) . Baseball America has Louisville (20-10) second and Mississippi State (24-7) third.

Vanderbilt lost its first series of the season, with Georgia winning the opener 14-2 after jumping on Kumar Rocker for six runs and three homers in five innings.

Louisville won two of three against Florida State and hasn’t lost a series since the first week of March, against Georgia Tech.

Texas’ Ivan Melendez hit two homers in a 9-2 win over Kansas State on Sunday and has gone deep in six straight games, which is believed to be a program record, according to the Austin American Statesman.

The NCAA record is eight straight games, accomplished most recently in 1994 by Ryan Jackson of Duke.

Texas Tech’s Jace Jung hit three homers in a 17-7 win over TCU on Sunday and leads the nation with 15. Jung also had three homers against Kansas State on April 2. The sophomore second baseman has 19 homers in 48 career games.

Louisiana’s Connor Cooke pitched a two-hit shutout with 12 strikeouts and no walks in a 9-0 win over Arkansas State on Saturday.

Cooke is a starter for the first time after working out of the bullpen the last two seasons. He had never thrown more than six innings or had double-digit strikeouts.

Pittsburgh swept three games from what was a nationally ranked Miami and continues its push for a first NCAA Tournament bid since 1995.

The Panthers (17-10, 12-9) already have their most Atlantic Coast Conference wins since joining the league in 2014, and they still have 15 ACC games left.

Pitt, which entered the season with an all-time ACC record of 58-119 (.328), became only the second conference team to sweep Miami and Florida State in the same season. Clemson was the first, in 2006. 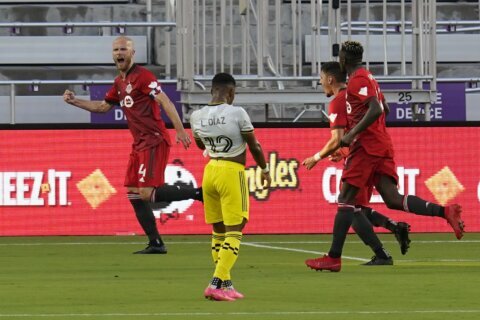 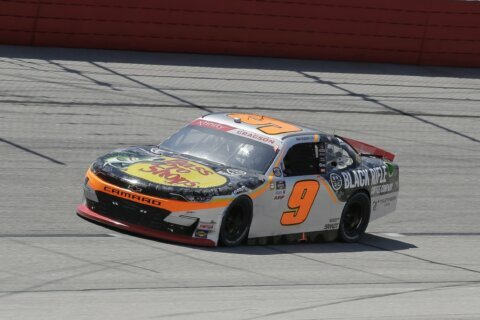