LAUSANNE, Switzerland (AP) — The Latvian soccer league was ordered to add an extra team by an interim court ruling on Thursday, one month after the season started.

The club Noah Jūrmala was granted a provisional license by the Court of Arbitration for Sport to participate in the league, which has already played four rounds, the law firm SILA International said.

The club won promotion from the second tier last year as Lokomotiv Daugavpils, before being moved to Jūrmala by a new owner. Noah Jūrmala had been refused a license by Latvia’s soccer federation required to play in the top-tier league.

The club filed an appeal to CAS last month after the league started on March 13 with eight teams.

The interim ruling was issued by a single CAS judge. The court will judge the full merits of the case at a future hearing. 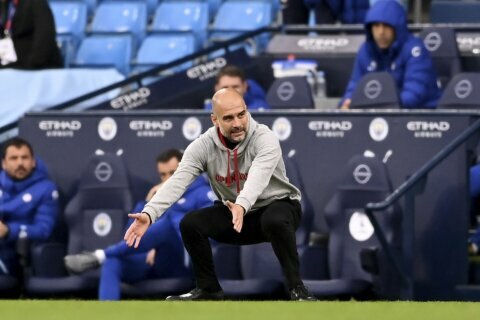 MATCHDAY: Man City at Newcastle looking ahead to CL final