Phil Foden had just finished his latest post-match chat with Erling Haaland when a message from the Manchester City forward’s Twitter account made its way to another of the world’s top soccer players.

“Are you ready,” read the post to Kylian Mbappé, alongside a handshake emoji.

Ignoring who actually sent the tweet — it has since been deleted, suggesting Foden might not have been behind the brazen calling-out of Mbappé — it is a sign of the lofty circles this outstanding English talent is currently mixing in.

Away from social media, Foden is letting his feet do the talking. With winning goals in both legs, the 20-year-old nicknamed the “Stockport Iniesta” — after a town near Manchester where he was born and the former Spain and Barcelona midfielder — was the difference-maker as City beat Haaland’s Borussia Dortmund to reach the Champions League semifinals for only the second time.

Next up: Mbappé’s Paris Saint-Germain, pitching together the only two players to have scored in both legs of a Champions League quarterfinal when under the age of 21.

Mbappé did so also against Dortmund, when playing for Monaco in the 2016-17 season, and has gone on to become one of the world’s best players.

Foden appears to be on that path.

“We knew it from the beginning and how he grew up,” said City manager Pep Guardiola, who described Foden’s talent as “unique” after inviting the then-17-year-old player to train with City’s senior squad for the first time in 2016.

City is reaping the rewards of Guardiola’s careful nurturing of Foden over the last few years. Many criticized the Spanish coach’s reluctance to play Foden more — he had a total of 36 appearances in all competitions in the 2017-18 and 2018-19 seasons combined — but Guardiola repeatedly said his time would come and that Foden still needed to learn his trade.

That time is now, in big matches in the Premier League and now on the grandest stage of all in club soccer: the Champions League.

He is sure, too, to play a big role for England at this summer’s European Championship, having seemingly established himself in the preferred front three of his national team.

Foden was widely expected to eventually fill the shoes of now-departed midfield playmaker David Silva at City — they have similar characteristics with their touch, technical qualities, low center of gravity and left-footedness — but it appears his future lies closer to goal, in a wide-forward role.

At least in the opinion of Guardiola, who shared a warm embrace with Foden after his 75th-minute goal that sealed City’s 2-1 win on Wednesday, and a 4-2 victory on aggregate.

Guardiola described Foden as “dynamic offensively” and someone who “always creates something” but, tellingly, added that his all-round game had matured.

“He is learning right now not to take just one touch. He is able to make more touches when making decisions,” said Guardiola, one of the deeper thinkers about the game.

“In the quarterfinal of the Champions League, he was the important player to go through.”

With Foden flourishing, he is somehow managing to cover the offseason departures of both Silva and Leroy Sane, a mercurial winger who City decided to sell to Bayern Munich.

Silva will forever hold a special place in the hearts of City fans — to many, he is the club’s greatest player. But Foden’s development along with the prolific scoring this season of Ilkay Gundogan, who has assumed Silva’s attacking-midfield role, has ensured Silva hasn’t really been missed.

At the start of the season, there was a debate over whether Foden was in City’s strongest lineup. That debate is now over, with Foden having usurped Raheem Sterling, who had to settle for a substitute role in both games against Dortmund.

While Foden’s confidence is sky-high, as shown by his finish from the edge of the area that went in off the post, Sterling’s looks low. He could have added a third goal for City after being sent free down the right against Dortmund but delayed his finish and ended up being crowded out.

“Congrats to the lads who take us to the semis tonight,” Sterling said in a tweet, perhaps underscoring the fact that he didn’t have a significant role to play.

PSG, and Mbappé, are next in his sights as City bids to reach the final for the first time. 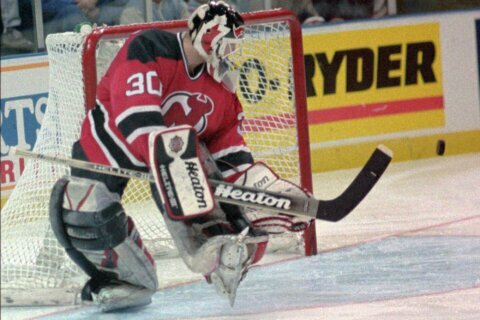 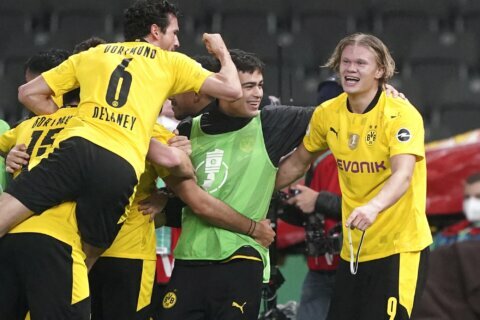