Hall of Fame trainer Bob Baffert, fined and suspended last year by Arkansas racing officials for a pair of drug positives, sat through nearly nine hours of testimony Monday on the first day of his appeal hearing.

Besides being fined, Baffert was hit with a 15-day suspension by stewards at Oaklawn Park after both Charlatan and Gamine tested positive for the painkiller lidocaine following their wins on May 2, 2020. Charlatan won a division of the $1 million Arkansas Derby, while Gamine won another race that day. Both horses were disqualified and stripped of their purse money.

“It’s been hanging over his head for almost a year now,” Baffert’s attorney, Craig Robertson, told Arkansas Racing Commission members. “We shouldn’t be here today. This case should have been dismissed a long time ago.”

Baffert left his Southern California base to attend the hearing amid preparing to run Medina Spirit in the May 1 Kentucky Derby, a race he has won a record-tying six times including last year.

Lidocaine, a widely used anesthetic in racing, is considered a Class 2 drug by the Association of Racing Commissioners International and use of it carries a penalty of a 15- to 60-day suspension and a fine of $500 to $1,000 for a first offense. The drug is not a banned substance; it has a legal threshold of 20 picograms. A picogram is a trillionth of a gram.

Evidence presented Monday showed the level of lidocaine found by ARC testing in Gamine was 185 picograms, while Charlatan had 46 picograms.

“The results came back with a higher concentration of lidocaine than at the ARC lab,” Freeland said.

In his opening comments, Robertson asserted, “There were a myriad of errors and violations that were made.”

He cited a broken chain of custody involving the horses’ specimens, Charlatan being misidentified as a gelding instead of a colt, the initial clearance of Charlatan’s samples, the ARC’s lab illegally subcontracting testing to another lab, and breach of confidentiality rules after the positive test results appeared in media reports.

Baffert and his attorney have contended the failed tests were the result of inadvertent contamination because of a pain patch worn by his assistant Jimmy Barnes, who saddled both horses. Barnes has chronic pain after previously breaking his pelvis.

The patch he used contained trace amounts of lidocaine. The drug was transferred from Barnes’ hands through the application of tongue ties on both horses, Baffert’s representatives have said.

The stewards suspended Baffert for violating Rule 1233, which states that a trainer shall ultimately be responsible for the condition of any horse that is entered regardless of the acts of any third parties.

Hettel said he informed Baffert of the positive tests and testified, “He was genuinely surprised at those results.”

Freeland had employees in the track’s test barn explain in detail how they gather post-race samples from the top three finishers in stakes races and secure the specimens for transit to off-site labs.

Julie Hagihara of ALS-Truesdail Laboratories in Irvine, California, admitted she made “clerical errors” involving Charlatan under questioning by Freeland. She said she misidentified Charlatan as a gelding instead of a colt and wrongly told the ARC that the horse’s samples had been cleared.

“As soon as we noticed the error, we issued an amended report the same day,” she said via video.

Lokanc and some others who testified said the gender of a horse makes no difference in testing for lidocaine.

Hagihara told Robertson that she supervised the subcontracting of the samples to Industrial Laboratories in Wheat Ridge, Colorado, after ALS-Truesdail lost its accreditation by the Racing Medication & Testing Consortium.

Petra Hartmann, director of drug testing services at Industrial Labs, said “it would have saved time” if the samples had gone directly to her lab instead of first being given to ALS-Truesdail. Questioned about the chain of custody, she said, “As long as the cups of urine aren’t opened, there’s no risk of contamination.”

The administrative hearing resumes Tuesday at the racetrack in Hot Springs. The ARC plans to call another witness before Baffert’s attorney presents his defense, including three witnesses. 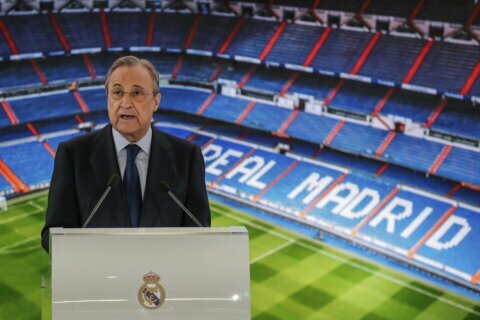 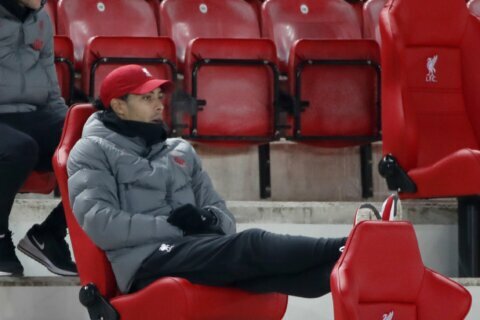