PORTLAND, Ore. (AP) — The Women’s International Champions Cup will be held at Portland’s Providence Park in August, a person with knowledge of the event told The Associated Press on Thursday.

The Portland Thorns of the National Women’s Soccer League will host the four-team tournament, which will also include the Houston Dash, as well as European club teams Barcelona and Lyon.

The person spoke on the condition of anonymity because the event has not yet been announced.

Lyon, the 2020 UEFA Champions League winner, is the defending champion from the 2019 WICC. The Thorns qualified for the tournament as winners of the NWSL’s fall series, while the Dash won last summer’s Challenge Cup in Utah. Barcelona was the 2020 Spanish league leader.

The tournament, to be held Aug. 18-21, will be the third WICC. Last year’s event was canceled because of the coronavirus outbreak.

New York-based Relevent Sports Group, which puts on the International Champions Cup for men’s club teams each summer, added the women’s competition in 2018. The 2019 edition was held in Cary, North Carolina, and hosted by the North Carolina Courage. The inaugural event was held in the Miami area.

Relevent plans to add two additional teams to the women’s tournament next year and eight clubs in 2023.

The WICC’s move in 2021 was first reported by the Washington Post. 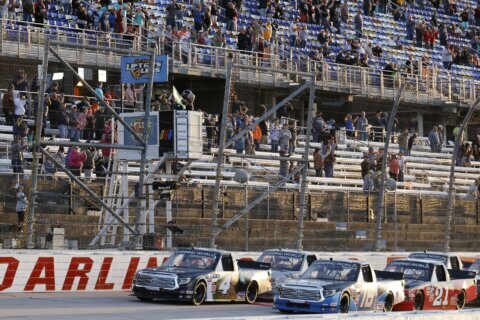