CARDIFF, Wales (AP) — Wales manager Ryan Giggs will miss the start of his team’s World Cup qualifying campaign while he remains on police bail following his arrest on suspicion of assault last year.

Giggs was arrested in November and last month had his bail extended until May 1 during the investigation.

The 47-year-old former Manchester United winger missed the Nations League fixtures in November. Former Wales captain Robert Page replaced him then as coach and he will remain in temporary charge again.

Wales plays Belgium and the Czech Republic in World Cup qualifiers this month and a friendly against Mexico.

Wales’ preparations for the delayed European Championship in June have also been disrupted by the departure of chief executive Jonathan Ford after a vote of no confidence was passed by the Football Association of Wales council. 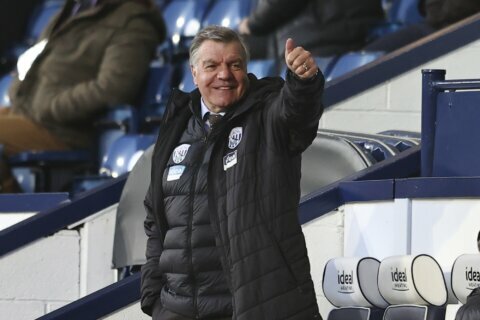