CHICAGO (AP) — Tobin Heath was left off the U.S. women’s national team roster for a pair of April exhibition matches in Europe as she recovers from an ankle injury.

The 23 players were announced Tuesday. The roster is nearly identical to the one that coach Vlatko Andonovski called in for last month’s SheBelieves Cup.

The United States plays Sweden in Stockholm on April 10 and France in Le Havre on April 13, as the team prepares for the Tokyo Olympics this summer.

Defender Ali Krieger and goalkeeper Ashlyn Harris, who recently adopted a daughter, were also left off the roster.

“We still have much evaluation to do from trainings, international matches, NWSL matches and overseas club matches before selecting the Olympic Team, but I’m really looking forward to these two games for what adversity they will bring,” Andonovski said in a statement. “The exciting thing is that I know our players have the talent and mentality to meet those adversities with a great energy and overcome them.”

Heath continues to rehab her ankle with her club team, Manchester United.

Carli Lloyd will mark her 300th appearance with the national team when she next plays, joining Kristine Lilly (354) and Christie Pearce Rampone (311) as the only players to reach the milestone.

Megan Rapinoe leads the team with five goals so far this year.

The roster by position with club affiliation: 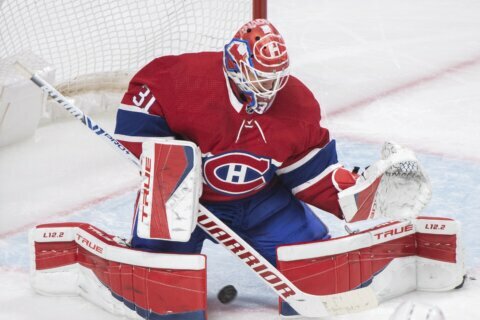