PARIS (AP) — When Paris Saint-Germain broke the world transfer record to buy Neymar four years ago, it was with dreams of conquering Europe in mind.

Now PSG needs him to reignite a flagging league title defense which could go off the tracks with a loss at Lyon on Sunday.

Neymar, who has been out for two months with his latest injury since joining for 222 million euros ($265 million) from Barcelona, looks ready to play at least a part against Lyon, and that is a relief for coach Mauricio Pochettino.

“He’s getting better every day,” Pochettino said. “If he’s available against Lyon it would be good for the whole team.”

If PSG loses and Lille beats struggling Nimes at home on Sunday, then Pochettino’s team would slip to third place — three points behind Lyon and six behind Lille with eight games to play.

PSG has already lost seven league games out of 29 — one of those at home to Lyon — for its most defeats in a season since cash-rich Qatari backers QSI took over 10 years ago.

A lack of energy was evident in PSG’s back-to-back home losses against fourth-place Monaco, which dominated PSG tactically, and struggling Nantes, which scored far too easily for a team in 19th place entering that game.

Despite having one of the world’s best strikers in Kylian Mbappe, an excellent finisher in Mauro Icardi, and a fine midfield organizer in Marco Verratti, there has been a lack of creativity without Neymar’s unpredictability.

The injury-prone Brazilian tore his left adductor mucle playing in a French Cup game on Feb. 10 and was supposed to be out for four weeks, not two months. Even though his self-indulgent and frustrating style of play means less teamwork, PSG remains more dangerous with him and needs him for the run-in.

After facing Lille on April 3, PSG has tough matches against Metz (away) and Lens (home) with both sides pushing for a Europa League spot next season.

The presumption that PSG’s two main rivals would fade has not happened.

Lille has lost only twice and conceded fewer goals than PSG — 17 to 19.

Lyon has lost three times and scored almost as many goals — 57 to 63.

The reason PSG is not further behind is Lille and Lyon drawing too many games — nine each — and PSG goalkeeper Keylor Navas preventing further defeats.

It says much about PSG’s season that the goalie has arguably been its best player.

Navas has been kept very busy, most recently on Wednesday evening against Lille in the French Cup.

“Keylor is one of the best goalies in the world,” Pochettino said. “His level is incredible.”

Without him PSG would have been knocked out of the group stage of the Champions League — where it lost two games and could easily have lost two more — and may have been eliminated in the round of 16 against Barcelona.

PSG led 4-1 from the away leg but Barcelona totally dominated the return leg in Paris last week, and only eight saves from the inspired Navas — including stopping a penalty from Lionel Messi — stopped Barcelona from launching a comeback.

“In my opinion, he’s showing that he’s the best out of everyone right now,” PSG defender Alessandro Florenzi said. “We all hope he carries on like this for the rest of the season.” 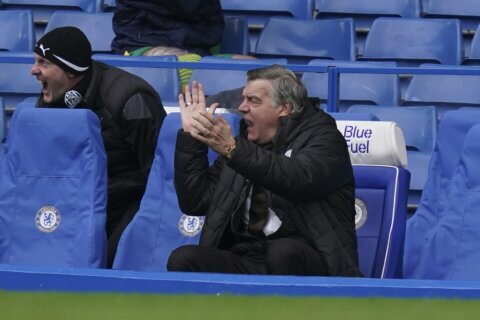 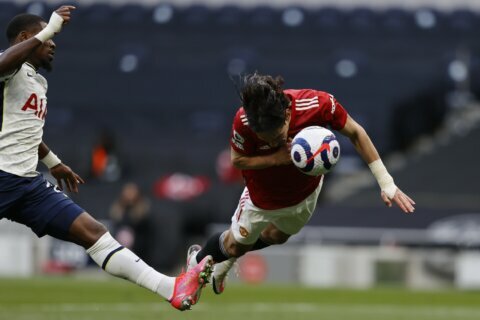