Wearing bib No. 1, the Austrian opened the race on the Schneekristall course with a near-flawless run.

Kriechmayr found the fastest line coming out of the start gate, as most of his rivals were already a few tenths of a second behind at the first split.

Beat Feuz, who leads the downhill season standings, came closest but the Swiss skier finished 0.17 off the lead.

“You can always do better but it was a good run,” Kriechmayr said. “I had the right tactics at the start and could carry my pace into the middle section.”

Last month, Kriechmayr became the first skier to win gold in both downhill and super-G at world championships since American standout Bode Miller did it in 2005.

“I wanted to win a downhill on the World Cup circuit again to show everyone that I am no accidental world champion,” Kriechmayr said.

The Austrian had two previous downhill wins on the World Cup but none since his triumph in Wengen, Switzerland, in January 2019.

Matthias Mayer — also Austrian — was 0.27 behind in third.

Feuz increased his lead over Mayer in the discipline standings to 68 points, with only the season-ending downhill at the World Cup Finals remaining. A race win is worth 100 points.

“I’m not a genius in mathematics, but I believe everything is still possible,” Feuz said.

Mayer, however, rather thought his chances were gone.

“I think we can congratulate Beat. He is an extremely consistent downhiller. He’s not going to give this away,” said Mayer, who was the 2014 Olympic champion.

Feuz can become the second skier to earn the downhill globe in four straight seasons. Only Austrian great Franz Klammer managed that feat once, in the 1970s.

Dominik Paris, who won the last World Cup downhill before the worlds, trailed by 0.42 in fourth. The Italian led Kriechmayr by 0.07 seconds in Friday’s downhill until that race was stopped after nine starters because of fog and snowfall.

The weather improved overnight and conditions were perfect for Saturday’s race.

A super-G on Sunday will conclude the race weekend at the Austrian resort, which will host the worlds in 2025. 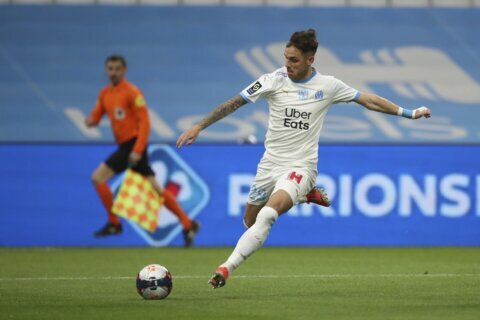 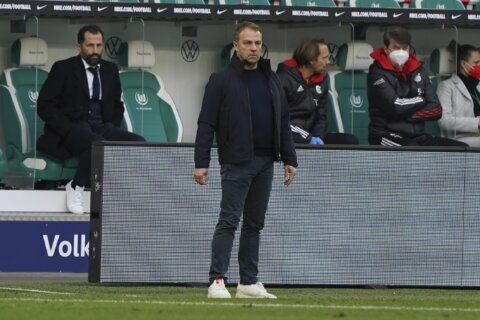