AUSTIN, Texas (AP) — Billy Horschel had just enough left in the tank to win the Dell Technologies Match Play on Sunday with plenty of help from Scottie Scheffler in a sloppy end to the longest week in golf.

Horschel made only one birdie in the championship match, chipping in from 40 feet on the fifth hole, and left the big mistakes to the 24-year-old Scheffler in winning 2 and 1.

Horschel, who had never reached the weekend in four previous appearances at this World Golf Championship, won six out of the seven matches over 122 holes he played at Austin Country Club. He won $10.5 million for sixth PGA Tour victory and fifth individual title.

It ended a great run for Scheffler, a Texas graduate who had to beat three former Match Play champions and two players from the top 10 in the world to reach the championship match.

Horschel won the match when Scheffler missed a 10-foot birdie putt on the 17th.

Matt Kuchar won the consolation match over Victor Perez of France. Kuchar, trying to tie Tiger Woods’ record with a fourth appearance in the championship match, didn’t make a putt longer than 3 feet, 6 inches in his semifinal loss to Scheffler.

CARLSBAD, Calif. (AP) — Inbee Park opened her LPGA Tour season with a wire-to-wire victory in the Kia Classic on the eve of the first major championship of the season.

The Hall of Famer finally put it all together at Aviara Golf Club, winning her 21st LPGA Tour title after finishing second on the scenic course in 2010, 2016 and 2019. She tied LPGA Founder Marilynn Smith for 25th place on the victory list and moved within four of matching Se Ri Pak for the South Korean mark.

Park closed with a 2-under 70 for a five-stroke victory — the same margin she took into the day — over Lexi Thompson and Amy Olson. Park finished at 14-under 274.

After making three birdies in a four-hole stretch around the turn, Park bogeyed the 12th and 13th, then got the two strokes back with a 40-foot eagle putt on the short par-4 16th. She three-putted the 18th for a bogey.

Park now heads to the desert for the ANA Inspiration in Rancho Mirage. She won at Mission Hills in 2013 for the third of her seven major titles.

Park gave the tour its first international winner of the year, after Americans Jessica and Nelly Korda and Austin Ernst swept the first three tournaments.

Dahmen closed with a 2-under 70 on the windswept seaside course. He started fast with a 40-footer for birdie on No. 1 and added three more next six holes, then played the last 11 in 2 over with bogeys on par-3 11th and par-5 14th and a series have hard-earned pars.

The 33-year-old Dahmen finished at 12-under 276. He didn’t get into the Masters with the victory because the tournament was played opposite the WGC Match Play event in Texas, but did wrap up a PGA Championship berth and a spot at Kapalua in the Sentry Tournament of Champions.

Campos, the Puerto Rican player whose family has long had a home in the Dominican, had a 71. Winless on the tour, he bogeyed the par-3 17th to drop out of a tie for the lead and watched the wind move his 15-footer off-line in the last few inches on the par-4 18th. His only birdies came on the two front-nine par 5s.

Sam Ryder had a 67 to tie for second with Campos.

Graeme McDowell, the 2019 winner, and Michael Gligic tied for fourth at 10 under. McDowell closed with a 69, and Gligic shot 71.

Svensson birdied the final hole of regulation and shot 6-under 66 to match McGreevy at 17-under 271 at The Landings Club. McGreevy, the leader after each of the first two rounds, also birdied the late two holes in a 70.

Sophie Hausmann of Germany won the IOA Championship at Morongo Casino Resort & Spa in Beaumont, California, for her first Symetra Tour title. The former University of Idaho player finished with a 2-under 70 for a 10-under 206 total. Sophia Schubert and Maude-Aimee Leblanc tied for second, three strokes back. … Alvaro Ortiz shot a 9-under 63 for a three-stroke in the PGA Tour Latinoamerica’s Mexican Open at Estrella del Mar in Mazatlan. Ortiz finished at 23-under 265. Defending champion Drew Nesbitt was second after a 67. … Bryden Macpherson won the PGA Tour of Australasia’s Golf Challenge NSW Open in Concord, Australia. The 2011 British Amateur winner finished at 18 under, closing with a 3-under 68 for a three-stroke victory over Elvis Smylie and Jack Thompson. … … Jaco Prinsloo won the Serengeti Pro-Am Invitational in South Africa for his second Sunshine Tour victory in three tournaments. Prinsloo closed with a 68 for a two-stroke victory over Jaco Ahlers in the five-round event. 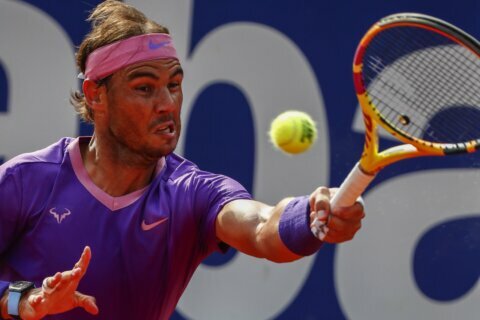 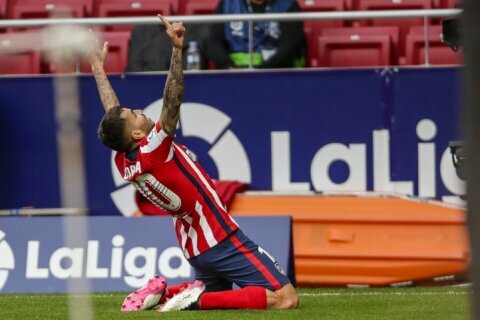 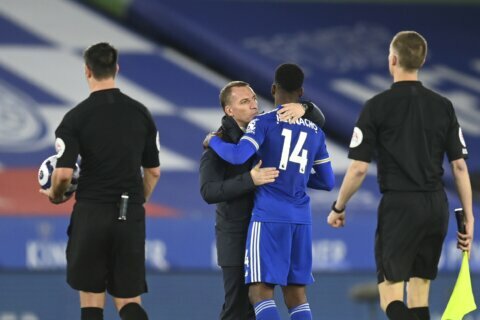