Formula One champion Lewis Hamilton on Thursday urged the global racing series to not ignore human rights violations in the countries where it stages races, an issue that is once again a topic ahead of the season-opening Bahrain Grand Prix.

Bahrain, which has held F1 races since 2004, has been accused of exploiting the series to gloss over, or “sportswash,” its human rights record — by using a high-profile sporting event to project a favorable image of the country. The F1 calendar this year also includes races in Azerbaijan and Saudi Arabia, who have been accused of using sports in a similar way.

“I don’t think that we should be going to these countries and ignoring what is happening in those places, arriving, having a great time and then leave,” Hamilton said Thursday, ahead of Sunday’s Bahrain GP. “Human rights, I don’t think, should be a political issue. We all deserve equal rights.”

Asked during Thursday’s news conference if he had managed to speak with the crown prince, Hamilton said:

“At the moment I think the steps that I’ve taken really have been in private, and I think that’s the right way to go about it. So I don’t really want to say too much that may jeopardize any progress.”

But, Hamilton added, “I’m definitely committed to helping any way I can.”

“(Those letters) weighed quite heavily on me, it was the first time I’d received letters like that along my travels. So, for the last few months I’ve taken time to try and educate myself,” the 36-year-old British driver said Thursday.

Hamilton took the knee at every race last year to fight against racism, and says he will do so again this season.

“I think what’s really important is that young children are watching what we’re doing, and when they see us take the knee, they will sit and ask their parents or their teachers: ‘What are they taking the knee for?’” Hamilton said. “It sparks an uncomfortable conversation (and) it means parents have to educate themselves, and the kids are getting educated.”

But Hamilton acknowledged that he had to learn much more about Bahrain.

“Because coming here all these years, I wasn’t aware of all of the human rights issues,” he said. “I (have) spent time speaking to legal human rights experts, speaking to human rights organizations like Amnesty (International). I’ve seen the UK ambassador here in Bahrain, and I’ve spoken to Bahrain officials.”

One of the letters sent to Hamilton last November was from Mohammed Ramadhan, who is on death row. After supporting Bahrain’s pro-democracy uprising, he was allegedly framed in a murder case and beaten with iron bars to extract his confession.

Ramadhan’s 11-year-old son Ahmed reached out personally to Hamilton, drawing a picture of his F1 Mercedes car and sending it to him last December, along with a personal written plea: “Lewis, Please save my father.”

The other letter writer, Ali AlHajee, remains imprisoned in Jau Prison — which is located not far from Sakhir’s F1 track — after organizing pro-democracy protests.

“These claims are both misleading and untrue. The cases cited have absolutely no connection with F1,” the Bahraini government’s National Communication Centre said in an email to The Associated Press. “The government of Bahrain has a zero-tolerance policy towards mistreatment of any kind and has put in place internationally recognized human rights safeguards. Any complaints are fully investigated and action taken where any evidence of mistreatment is found.”

On Wednesday, the Bahrain Institute for Rights and Democracy (BIRD) sent new F1 chief executive Stefano Domenicali an open letter co-signed by 61 British lawmakers and 24 rights groups. They asked him to ensure F1 establishes an independent inquiry into abuses linked to the race, and to meet with victims and rights groups to secure compensation.

“We have engaged in detail with BIRD and parliamentarians in recent years and have raised the matters discussed,” Domenicali wrote in his response, which BIRD shared with the AP. “However, it is important to make clear that Formula 1 is not a cross-border investigatory organisation. … Unlike governments and other bodies, we are not able to undertake the actions you request, and it would not be appropriate for us to pretend we can. ”

BIRD also sent a letter to German driver Sebastian Vettel, asking him to carry a message of solidarity with Bahraini political prisoners on his Aston Martin helmet at Sunday’s race. At last season’s Turkish GP, the four-time F1 champion had a message of diversity and inclusion on his race helmet.

“Your helmet (at the Turkish GP) bore the slogans ‘Together as One’ and ’No borders, just horizons – only freedom,” BIRD wrote to Vettel via his team. “Yet for many in Bahrain, freedom remains a distant dream.” 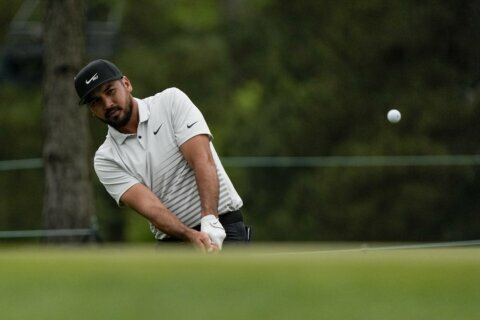 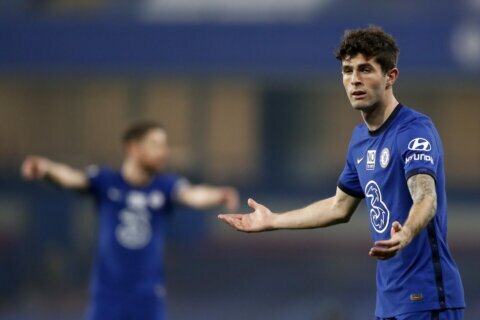