CHICAGO (AP) — Brandon Hagel is always working. Along the boards. In the corners. In the neutral zone. He just keeps going, all the time.

When it comes to his high motor, one that has turned the rookie forward into a pleasant surprise for the Chicago Blackhawks, Hagel hands the credit over to his parents, Nicole and Dwayne.

“My parents worked hard for everything they got,” Hagel said. “They helped me along the way, so I mean my No. 1 goal is to give everything I got for them and bringing everything every night for them. I think they helped me so much to get to this point and they sacrificed tons of things.”

The 22-year-old Hagel was just another forward prospect for rebuilding Chicago heading into this year. He made his NHL debut last March in the final game before the season was suspended of the pandemic, but he faced a crowded picture when it came to the Blackhawks’ lineup.

Then Kirby Dach and Alex Nylander were shelved by preseason surgeries, and captain Jonathan Toews was sidelined by an illness. The health issues created some room and Hagel seized a regular role with his most high-end trait.

“The motor, the work ethic, the mentality, that is the thing. That’s what makes him great,” coach Jeremy Colliton said.

Hagel’s traditional numbers — four goals and nine assists in 31 games — aren’t a good measure of his importance to the Blackhawks, who are fighting for a playoff spot in the Central Division.

Hagel creates turnovers with his speed and forechecking. He has shown the ability to carry the puck into the offensive zone. He recently was added to one of Chicago’s power-play units.

“I want to be a consistent player, so I’m just kind of taking it game by game,” Hagel said, “and responsibilities (are) kind of getting put on my shoulders, which is nice. I thrive for that stuff.”

Hagel’s value was on display during Chicago’s 3-0 victory over Florida on Thursday night. He teamed with Carl Soderberg to create a pileup in the second period that led to Patrick Kane’s power-play goal. With the Panthers pushing to get on the board in the third, he helped close it out with an empty-netter with 1:24 left.

Hagel nearly had a hand in another goal, but Florida defenseman Aaron Ekblad made a great play to break up the scoring opportunity.

“I do think he’s becoming more comfortable with the puck and making a few more plays, growing in his confidence in the league that he can make a difference for us,” Colliton said. “That’s been fun to watch. He’s got a little swagger to him.”

The 5-foot-11 Hagel grew up in Morinville, a small town north of Edmonton, Alberta. He got into hockey by watching his older brother, Tyler, 25, play. He also has a younger sister, Chelsea, 21.

Nicole Hagel, who works at an insurance company in Alberta, said Tyler is Brandon’s “one biggest fan.”

“Tyler’s three years older than him, so we’d go skating at the rink all the time,” Nicole Hagel said. “He’d see Tyler skating so fast and says, ‘I want to skate with him.’ I remember first day I put him on he’d fall a couple times and Tyler would just give him the confidence to get back up and get going.

“After that, he’s never stopped.”

Nicole Hagel, who is separated from Dwayne, said Brandon’s comments about their help were heartwarming, but he didn’t give himself enough credit.

“He did this all hard work,” she said. “Dwayne and I were in the background, but he worked hard to get where he was. We were just there for his comfort and just to be there to support him through everything he did.”

Hagel was selected by Buffalo in the sixth round of the 2016 draft, but he never signed with the Sabres. He was a free agent when he agreed to an entry-level deal with Chicago in October 2018.

Hagel began last season with Rockford of the AHL and collected 19 goals and 12 assists before he was promoted by the Blackhawks. Colliton said he looks as if he could play on any line right now, but what he might be able to accomplish down the road is still to be determined.

“We’ll see,” Colliton said. “He’s gaining confidence with the puck. To me it’s really important that he doesn’t lose what’s made him effective from the start, which is his skating and his compete level and his relentless mentality.” 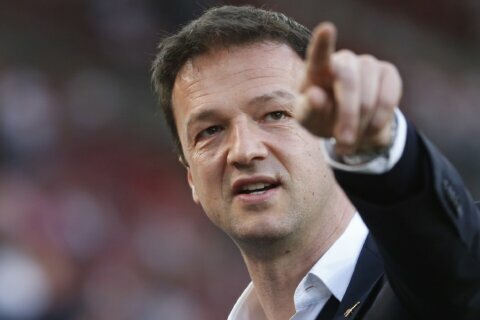