Jorge Sampaoli’s managerial career at Marseille has got off to an inspired start with revitalized players adhering to his audacious style of play.

The 3-1 victory against Brest on Saturday offers disillusioned Marseille fans some optimism in a very trying season where the previous coach resigned, the club’s training complex was smashed up, and an unpopular president was replaced.

Brest looked to have salvaged a draw after equalizing with 20 minutes left.

But winger Florian Thauvin pounced on a cross from the left and finished neatly in the 87th minute, then sprinted to the touchline, grabbing the former Argentina boss Sampaoli’s bald head in wild celebration.

Three minutes later, another cross came from the left and Michael Cuisance volleyed home superbly — after netting an 87th-minute winner against Rennes on Wednesday.

Cuisance joined on loan from Bayern Munich then lost his place and his confidence under former coach Andre Villas-Boas, who resigned last month.

Marseille moved up to fifth place, one point ahead of sixth-place Lens and 10 points behind fourth-place Monaco.

Sampaoli has nine games left to get Marseille into the Europa League, and crucially his attacking players appear to be fired up for the challenge.

Former France playmaker Dimitri Payet is showing glimpses of his old form, and he combined well to set up imposing striker Arkadiusz Milik’s expertly taken goal on the stroke of halftime.

Milik received a high pass from Payet, chested it back to him and ran onto Payet’s return pass before cleverly dragging defenders with him to the left and angling a shot into the bottom right corner.

“It’s encouraging for the future. But we have to keep working, we didn’t play as well as we wanted to in the first half,” Payet said. “The coach wants us to attack without thinking about losing the ball, and it leads to this type of match.”

Poor defending has been haunting Marseille all season, however, and will need to be sorted out.

Goalkeeper Steve Mandanda watched helplessly as his defenders failed to deal with a free kick curled from the right of the penalty area to the back post, where the unmarked defender Lilian Brassier headed home in the 70th minute.

Marseille and Saint-Etienne have the most French titles, with 10 each — one more than Paris Saint-Germain and two more than Monaco and Nantes.

Both have fallen on harder times, and Saint-Etienne is fighting against relegation. Saturday’s much-needed 1-0 win at Angers strengthened Saint-Etienne’s grip on 16th place, giving it some breathing space from the relegation zone.

Winger Whabi Khazri is back in the side and he curled Saint-Etienne ahead in the 53rd minute.

Angers striker Lois Diony thought he had equalized moments later against his old club, but his effort was ruled out for offside.

Khazri scored with a superb lob in the 74th but that was also chalked off for an earlier offside.

The day’s big match sees leader Lille visiting fourth-place Monaco, which is seven points behind Lille and can move into title contention with a win. 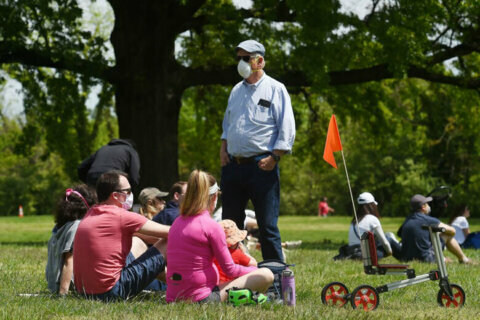