Golubic, a qualifier ranked 129th, won nearly 80 percent of her first-serve points and did not concede a single break point.

She broke Garcia’s serve five times to set up a meeting with unseeded Belgian player Greet Minnen, who beat eighth-seeded Russian Arantxa Rus 4-6, 6-2, 6-3 in another upset.

She next faces seventh-seeded Paola Badosa of Spain, who won 6-2, 6-4 against unseeded Stefanie Voegele of Switzerland.

Clara Burel also advanced with a 7-5, 2-6, 6-0 win against Aliaksandra Sasnovich in a match where both struggled on serve, combining for 14 breaks and seven double-faults.

Burel, who had the only two aces of the match, will play second-seeded Fiona Ferro in an all-French match. 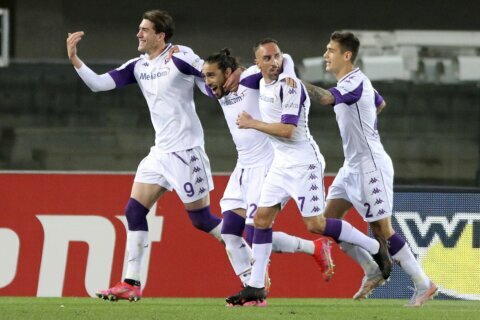 Super League near collapse as the 6 English clubs withdraw