Kaapo Kahkonen stopped 24 shots to win his eighth consecutive start for Minnesota, extending his franchise rookie record despite surrendering a hat trick to Dylan Coghlan for the first three goals of his career. Coghlan scored with 6 minutes left and then with the extra attacker with 2:10 remaining.

Carson Soucy scored Minnesota’s third goal of the third period during a rare stumble by Vegas goalie Marc-Andre Fleury, who stopped 25 shots before being pulled for Logan Thompson’s NHL debut about halfway through the final frame. Fleury entered the night ranked third in the league in both goals-against average and save percentage.

Landeskog circled through the Coyotes end and sent a wrist shot over Antti Raanta for his seventh of the season.

The Avalanche settled for a split during the two-game series in Denver even though they outshot the Coyotes by an 81-28 margin.

Colorado limited the Coyotes to 14 shots on Wednesday. It’s the 14th straight game the Avalanche have allowed less than 30 shots, which tied a franchise record.

Brandon Saad scored 1:23 into the game, but Raanta settled in and was difficult to solve. He made 44 saves.

Nick Schmaltz scored for the Coyotes.

Captain Anze Kopitar, Andreas Anthanasiou and Alex Iafallo also scored for the Kings, who beat Anaheim for the first time in three tries this season and split two Freeway Faceoff meetings over the past three days with their Southern California rivals.

The 31-year-old Grosenick’s entire previous NHL experience consisted of two games for the San Jose Sharks in November 2014. When Kings goalie Cal Petersen went into the COVID-19 protocol about three hours before this game, Grosenick came through with a strong performance on short notice.

Connor McDavid added a goal and two assists for Edmonton, which earned its third straight win. Darnell Nurse had a goal and an assist, and Jujhar Khaira and James Neal also scored. Tyson Barrie had three assists.

Draisaitl’s third career hat trick helped the Oilers improve to 6-0-0 against the Senators this season. The teams finish their three-game series on Friday night.

Brock Boeser had the lone goal for Vancouver with a rocket during a second-period power play.

Carey Price had 23 saves for the Canadiens and Thatcher Demko stopped 40 of 45 shots for Vancouver. 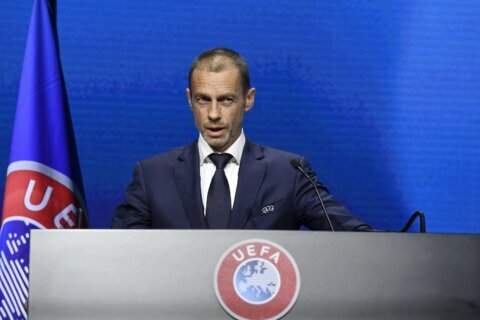 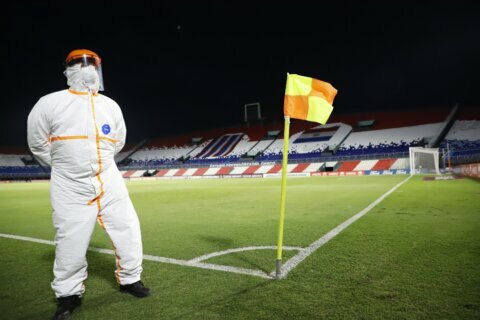