AUSTIN, Texas (AP) — For a sport known for its glacial pace, fortunes can change quickly in golf.

Antoine Rozner is the latest example.

Two weeks ago, Rozner was No. 99 in the world and tied for the lead in the Qatar Masters when the 28-year-old from Paris stood over a 60-foot birdie putt on the final hole, thinking only of getting the speed right.

This one went in. The victory was his second in his last six starts on the European Tour, and it moved Rozner to No. 63 in the world. That was the cutoff for the top 64 players to get in the Dell Technologies Match Play.

One minute he’s in Qatar, the next he’s in Texas for his World Golf Championship debut, playing a practice round with British Open champion Shane Lowry and preparing for his opening match against U.S. Open champion Bryson DeChambeau.

“I was just trying to win a tournament,” Rozner said. “It’s a bonus to be here. It’s exciting, a good reward.”

The most recent World Golf Championship, which moved from Mexico City to Florida this year because of the pandemic, invites top players from the main six tours around the world. It’s not unusual to get a few players who aren’t exactly household names.

The Match Play is the deepest field, and Rozner earned his spot even before five players withdrew because of injury (Tiger Woods, Brooks Koepka and Justin Rose) or scheduling (Adam Scott) or COVID-19 (Gary Woodland).

His last time competing in this format was nearly five years ago in the Palmer Cup, matches between college players from the U.S. and Europe. Rozner won all four of his matches at Formby Golf Club on the Lancashire coast of England. His last experience in match play? That was in 2018 at Le Golf National outside Paris — as a spectator.

“It’s not every day you have a Ryder Cup 30 minutes from your home, no?” he said with a smile. “The first day, I was on the first tee at 6 a.m. to watch and be ready. The atmosphere was just amazing.”

There won’t be anything like that at Austin Country Club, even with limited fans. One spectator who plans to be there to watch Rozner is J.W. VanDenBorn, the golf director at the the University of Missouri-Kansas City who found Rozner a decade ago during an international junior event.

VanDenBorn liked what he saw, particularly a windy day on the Greg Norman-designed White course at Doral.

“We saw some of the shots he was able to hit that were atypical of junior golfers at the time,” VanDenBorn said. “His ability to hit different shots based on the wind, his ability to hit shots by taking something off it, those were things we valued.”

And so the kid from Paris headed for the middle of America.

“I didn’t know what to expect coming from Paris. It was a lovely four years,” Rozner said. “If I had to do it again, I would.”

He closed out his college career with a degree and as Western Athletic Conference player of the year. The Roos didn’t make it to the NCAAs his final year, but Rozner went as an individual and tied for eighth at Eugene Country Club in Oregon.

From there, he started his pro career on the tiny Alps Tour in Europe, won twice on the Challenge Tour and has won in each of his two years on the European Tour.

“It can go quick in this sport. That’s a good thing,” Rozner said. “It can go both ways, as well. In a couple of years, some guys go from the top of the world to nowhere. You have to keep grinding and pay attention to details.”

One player who comes to mind is someone he admires — Victor Dubuisson of France, who reached as high as No. 15 in the world, won twice in Europe, played in the 2014 Ryder Cup and provided some of the most captivating moments at the Match Play in 2014 with two amazing escapes from the Arizona cactus before losing to Jason Day in 23 holes.

Dubuisson was slowed by an ear injury and now is just outside the top 300 in the world.

Rozner said he spoke to Dubuisson last week to find out why he did so well in the Match Play in 2014. The short answer was to avoid making mistakes and giving away shots. Dubuisson had a way of making the difficult look easy.

This is Rozner’s one week back in America depending on how it goes.

Those 20-foot putts he used to practice as a kid in France? He said they were to win the Masters, and there’s a chance the Frenchman can get to Augusta National next month if he can win enough matches to move into the top 50.

“I haven’t done the math,” he said. “We’ll see how that goes. I’m trying to take it match after match, step after step.”

He makes it sound like a slow process. He knows from experience it can yield quick results.

Super League near collapse as the 6 English clubs withdraw 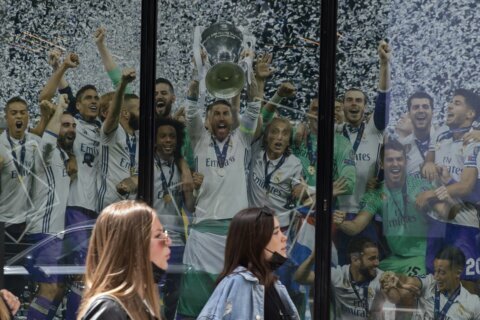 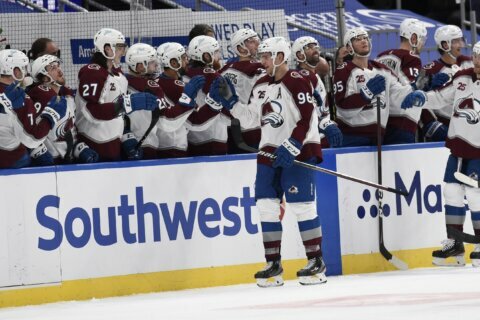