MUNICH (AP) — Robert Lewandowski made sure it was a comfortable evening for Bayern Munich as the defending champion eased into the Champions League quarterfinals.

Lewandowski netted in the first half to end Lazio’s slim hopes of a comeback as Bayern beat the Italian 2-1 at home Wednesday to seal a 6-2 aggregate win.

Lewandowski gave Bayern the lead from the penalty spot in the 33rd minute for his 39th goal in all competitions this season, and his 10th in seven games. Lewandowski calmly sent his former Bayern teammate Pepe Reina the wrong way after Lazio’s Vedat Muriqi was judged to have held Leon Goretzka as they jostled for position at a corner.

Lewandowski had the chance to reach 40 goals but the Polish striker hit the post with a low drive from outside the penalty area.

Choupo-Moting came off the bench to replace Lewandowski and soon scored Bayern’s second off a defense-splitting pass from David Alaba in the 73rd, chipping the ball over Reina.

“Lazio are not a bad team so we took them very seriously from the first minute,” Choupo-Moting told broadcaster Sky. “I felt immediately that I had the space. It was a super pass from David.”

The game was long since out of Lazio’s reach when Marco Parolo headed in a free kick in the 82nd. That marked Bayern’s seventh game in a row conceding at least one goal.

Bayern has reached at least the quarterfinals in nine of its last 10 Champions League campaigns, with the sole miss coming with a 3-1 aggregate loss to Liverpool in the last 16 in 2019.

Bayern coach Flick opted not to risk goalkeeper Manuel Neuer, who has a cold, or forward Kingsley Coman, who has a minor muscle problem. Neuer’s stand-in Alexander Nübel acquitted himself well in stopping a tame header from Sergej Milinkovic-Savic early on, in a rare flicker of ambition for Lazio before the penalty put the game out of the Italian club’s reach. He could do little about Parolo’s late header after poor marking by the Bayern defense.

In Wednesday’s other game, Chelsea beat Atletico Madrid 2-0 at home to complete a 3-0 aggregate win. 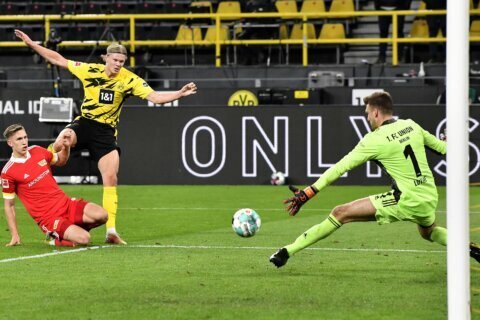 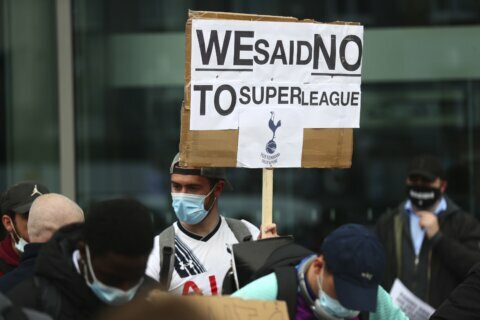