PARIS (AP) — France’s rugby match against Scotland in the Six Nations will go ahead as scheduled after another round…
Listen now to WTOP News WTOP.com | Alexa | Google Home | WTOP App | 103.5 FM

PARIS (AP) — France’s rugby match against Scotland in the Six Nations will go ahead as scheduled after another round of coronavirus tests showed no positive cases in the squad, organizers said Wednesday.

All of France’s players have now tested negative for two consecutive days, following an earlier series of COVID-19 cases in the France camp.

The French were cleared to resume training ahead of Sunday’s game in Paris.

“Further to a meeting of the Six Nations testing oversight group this morning to review the latest tests results of the French squad, the Six Nations confirm the plans to stage the France vs. Scotland match as originally scheduled this coming Sunday,” the tournament said in a statement. “We continue to monitor the situation very closely and are in regular contact with both unions.”

Scotland had warned that a delay could limit the availability of its players.

France has won its first two games and Scotland has a win and a loss. On Saturday, Italy hosts Ireland and defending champion England visits Wales. 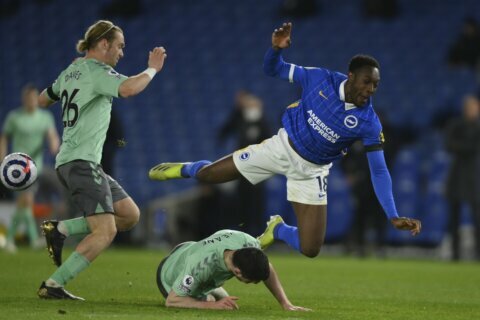