After failing to win any of its first 17 games — a first in the Premier League — United has now won three of its last five. There might still be a 10-point gap to fourth-from-last Brighton, but there is hope now for Chris Wilder’s team.

“I have a group that are alive and kicking and fighting for their lives,” Wilder said.

Billy Sharp forced home the scruffy winner from close range in the 74th minute, having also netted the clinching goal in a 1-0 victory over Newcastle on Jan. 12 that saw the team finally earn three points for the first time this season.

Wilder said he was about to substitute Sharp when the striker reacted to a loose ball in the area and prodded it into the net.

“He was coming off!” Wilder said. “It’s the life and times of a manager.”

West Brom, which is second to last and now only one point above Sheffield United, took the lead in the 41st when Matt Phillips tucked away a loose ball from inside the six-yard box after home goalkeeper Aaron Ramsdale produced two great saves to deny first Callum Robinson and then Mbaye Diagne.

Jayden Bogle equalized in the 56th, scoring for the second time this season with a shot on the turn after a foraging run into the area from Chris Basham — one of Sheffield United’s overlapping center backs.

“I’m sick of repeating myself,” said West Brom manager Sam Allardyce, whose team has only earned five points in nine games since he took over in mid-December. “Until we learn at this level to stop goals — scruffy goals that could have been avoided — it’s an uphill battle.” 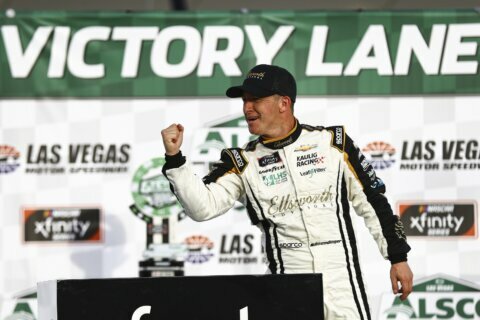