The goal was quintessential Christen Press: a bending banger from distance. In her return to the U.S. national team for…
Listen now to WTOP News WTOP.com | Alexa | Google Home | WTOP App | 103.5 FM

The goal was quintessential Christen Press: a bending banger from distance.

In her return to the U.S. national team for the SheBelieves Cup, Press made an impact with an early goal against Brazil over the weekend. It was her first start for the team this year.

Press now has 10 goals in her last 13 games for the United States. She has 59 international goals overall, and her next will tie her for ninth all-time on the national team. It could come Wednesday when the U.S. wraps up the tournament with a game against Argentina.

“Every time you score when you represent your country, it’s a huge honor. A lot of work, a lot of shots go into a single goal,” she said. “So, I feel very proud to represent this team, and I will continue to do everything in my power to do that well.”

Press was on a roll at this time last year. She was the Golden Ball winner in the CONCACAF Olympic qualifying tournament with five goals, then she added a pair of goals in the 2020 SheBelieves Cup. She saw an increased role in the absence of Alex Morgan, who was on pregnancy leave.

The coronavirus pandemic slowed Press’ momentum on the national team, but she has stayed sharp with her club team, Manchester United.

“Playing in Manchester definitely has helped her because she’s in good physical form and she’s had the game minutes, so she’s a little more played in than the majority of the group — and we could see that in the game the other night, she created for us and scored a great goal,” U.S. coach Vlatko Andonovski said. “But one thing that we were very appreciative of was she put in a good defensive shift. She was in the box on two crosses, helped us out. So overall a good performance.”

Press made her national team debut in 2013. A standout at Stanford who won the MAC Hermann Trophy as the nation’s best college player as a senior, Press went on to play for clubs in Sweden in addition to the National Women’s Soccer League.

As the coronavirus impacted sports globally last year, Press opted out of playing for her then-club team, the Utah Royals, in the NWSL’s Challenge Cup last summer and a limited fall series of games.

Instead, Press headed overseas, signing a one-year deal with Manchester United in September. She has two goals in nine appearances with United, who sit in third place in the Women’s Super League standings.

While so much has been shut down down during the pandemic, Press still values her time in England.

“I think there’s something that’s really freeing about playing internationally and outside of your domestic league, and there’s so many challenges that you face culturally, even when you’re in a country where they speak the same language as you,” she said.

Press didn’t participate in the national team’s January camp or a pair of matches against Colombia while she returned to form following a non-COVID illness. But she returned for the SheBelieves Cup this month in Florida. The United States tops the standings for the round-robin tournament with wins over Canada and Brazil.

Brazil coach Pia Sundhage, who coached the United States from 2008 to 2012, gave Press her first call-up to the national team.

“I remember when she was called in for the first time and everybody told me that she’s a goal scorer — and she’s proven that, from different kinds of angles,” Sundhage said. “I think in the box she’s one of the best.”

Press said the key to her success is preparation and staying chill.

“One thing that I’ve learned playing on the U.S. women’s national team is you have to prepare for every single game as if it’s the most important game of your life. So that’s kind of the approach I take,” Press said. “And for me, that means actually calming myself emotionally a lot before the game, because I tend to be very excited. And so in order to feel prepared, that’s kind of my game day routine is just to stay really chill. And then kind of feel like you’re shooting out of a cannon during the game.” 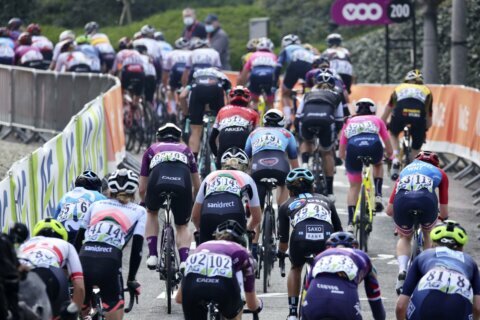 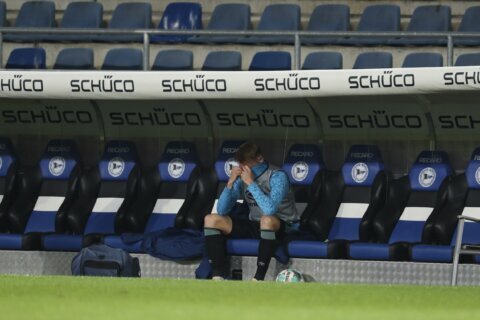