Fulham draws 1-1 at Burnley, now 6 points from safety in EPL

BURNLEY, England (AP) — Fulham collected another point in its bid to climb to safety in the Premier League by drawing 1-1 at fellow struggler Burnley on Wednesday.

Looking to back up its win at Everton on Sunday, Fulham took the lead again on the road when Ola Aina glanced the ball home unwittingly with his chest at a corner after a flick-on by teammate Joachim Andersen in the 49th minute at Turf Moor.

Burnley equalized three minutes later as Jay Rodriguez turned his marker near the touchline and curled in a cross to strike partner Ashley Barnes, who took a touch and shot left-footed low past Alphonse Areola.

Fulham, which is in third-to-last place and occupying the final relegation spot, trimmed the gap to nearest rival Newcastle to six points and they have now played the same number of games.

The game was rearranged from late December after it was canceled because of a coronavirus outbreak at Fulham’s training ground.

The draw kept Burnley eight points clear of Fulham with 14 games remaining in the season.

It proved to be a forgettable match for Robbie Brady, who came on as a substitute for Burnley in the 40th — only to be substituted himself in the 65th soon after getting booked. In his time on the field, he failed to clear Aina’s bundled effort for the goal despite being stationed on the far post, succeeding only in slicing the ball into his own net. 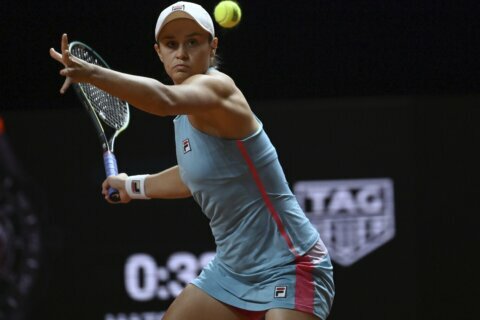