GENEVA (AP) — Some top European soccer clubs pushing for a breakaway Super League were criticized as “poorly managed cash-burning machines” by the head of Germany’s league on Wednesday.

Bundesliga chief executive Christian Seifert aimed some of the sharpest criticism yet during UEFA-led negotiations to introduce a new Champions League format from 2024.

UEFA is pursuing an expanded 36-team format that gives more guaranteed games and revenue that elite clubs have demanded, while also retaining a path to qualifying for teams from all of Europe’s top-tier leagues.

As Seifert was speaking at the Financial Times’ Business of Football Summit, the English Premier League secured approval from its clubs to resist parts of the UEFA plan — including adding 100 games and allowing some high-ranked sides to qualify based on historic performance in Europe.

While Seifert did not name Barcelona and Real Madrid in his broadside against powerful clubs, his targets seemed clear by noting Spain was involved “most of the time” in speculation about a Super League that critics say would widen a wealth gap in the soccer industry and damage national leagues.

Madrid and Barcelona have been widely linked to a breakaway plan intended to steer billions of euros (dollars) in broadcasting money toward elite clubs in Europe’s wealthiest soccer markets.

It is seen as putting pressure on UEFA for a better Champions League deal at a time when Madrid, Barcelona and other clubs have reported falling income and rising debts of hundreds of millions during the COVID-19 pandemic.

The “brutal truth,” Seifert told a virtual audience including marketing and banking executives, was “a few of these so-called super clubs I would say are poorly managed cash-burning machines.”

“They will burn this money like they burn it the last 10 years,” the German executive said, referring to a boom in broadcast rights sales in the past decade. “If I was an investor I would really question if they were the right partner.”

Instead of threatening UEFA, Seifert suggested, clubs should develop sustainable business models and work on capping player salaries and fees to agents from transfer deals.

Seifert praised UEFA and its current proposal to shape its club competitions for the three seasons from 2024 to 2027.

The Champions League is set to add four teams for a 36-team format, each playing 10 games against different opponents.

Standings in a single league table would feed into a traditional 16-team knockout bracket.

“It has some real creative aspects and it will create some excitement,” Seifert said.

The UEFA proposal shows some of the extra entries when the current 32-team format is expanded could go to teams based on their historic record in European competitions.

Rewarding teams based on their UEFA ranking would be a safety net for storied members of the influential European Club Association who do not qualify on merit, but would diminish the pursuit of qualification through domestic league standings.

UEFA’s executive committee could approve the format as soon as next month. 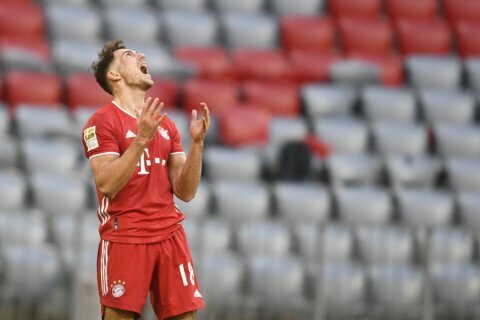