CHICAGO (AP) — Chicago Blackhawks defenseman Connor Murphy could be sidelined for two weeks with a right hip injury, and Andrew Shaw is facing an uncertain future after the pesky forward sustained another head injury.

Murphy missed Tuesday’s 2-1 overtime win at Dallas, and team physician Michael Terry announced Thursday that he is expected to miss 10 to 14 days. Murphy has been one of the team’s most reliable defensemen this season.

The Blackhawks are following the concussion protocol with Shaw after coach Jeremy Colliton said he was elbowed in the face. He was placed on injured reserve.

The 29-year-old Shaw, a key part of two Stanley Cup titles in Chicago, missed much of last season with a serious head injury.

“It’s terrible. I don’t have much more to say other than that,” Colliton said. “Very disappointing.”

Colliton’s playing career was curtailed by concussions, and the 36-year-old coach showed some emotion as he discussed Shaw’s injury at the morning skate before Thursday night’s 6-5 loss to Columbus.

“The personal part is hard to swallow. Not much to say about it,” he said. “We got to professionally do our job and come in here and play hard.”

“I thought he’s been playing some really good hockey for us,” he said. “Always a fun guy to have around the locker room and in the lineup because of how hard he works and the energy he brings. So hope for the best for him.”

Chicago has been one of the NHL’s biggest surprises so far this season despite a run of health issues that started before the team opened training camp. It had won three in a row and four of five before the loss to the Blue Jackets.

Captain Jonathan Toews is on long-term injured reserve while he deals with an unspecified illness. Promising young forwards Kirby Dach and Alex Nylander each had surgery in December. Veteran defenseman Brent Seabrook is out with a lower back injury.

The Blackhawks also have dealt with some COVID-19 issues, but forward Ryan Carpenter was their only player on the NHL’s unavailable list after defenseman Adam Boqvist and forward Lucas Wallmark were removed this week.

Boqvist and Wallmark are going to need time to work on their conditioning, so it’s unclear when they might play again. Matthew Highmore replaced Shaw in the lineup against Columbus.

“We knew we were going to need a lot of guys, just with COVID and it’s a compressed schedule,” Colliton said. “So not a surprise that you’re dipping into your depth, and we got to find a way. … The base is still the work ethic and the competitiveness and the skating and the pressure on the puck, and that’ll give us a chance.” 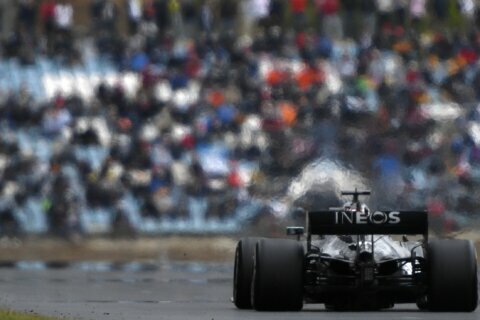 Portuguese GP to be held on May 2 at Portimao Circuit