EDINBURGH, Scotland (AP) — The Scottish Rugby Union has backed its players who did not kneel before the Six Nations win over England, insisting it supports the fight against racism.

Scotland beat England at Twickenham on Saturday for the first time since 1983, but faced a backlash after only four players took a knee to support the Black Lives Matter movement before kickoff.

The SRU said in a statement on Sunday it remains the players’ choice whether or not to show support.

“This commitment has been expressed with a moment of reflection before every international match since the summer of 2020 and our players are free to demonstrate their support for this important issue in the way they see fit.”

Rugby does not have a uniform approach for teams’ actions on the issue before kickoff.

But that was not repeated at the other two Six Nations fixtures — Italy-France in Rome and Wales-Ireland in Cardiff — where players from all four teams remained standing.

At the Autumn Nations Cup in November-December, the Scotland players joined in a “moment of reflection” aimed at supporting not only the fight against racism but also offering thanks to the National Health Service (NHS) for their efforts during the coronavirus pandemic.

The SRU is planning to hold another “moment of reflection” when Scotland hosts Wales next Saturday, and coach Gregor Townsend said it has been left “100%” to his players to decide if they will make any further gesture. 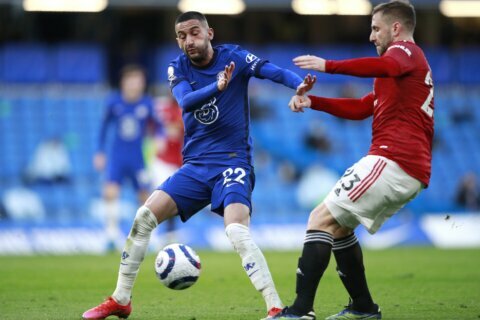