LONDON (AP) — Two Russian tennis players were banned from the sport for life on Wednesday for match-fixing, including incidents when they played together as doubles partners.

The case focused on “multiple incidents,” the ITIA said, including two matches they played together as doubles partners. The ITIA didn’t say which tournaments were affected.

Merdeeva and Dmitrieva toured the world playing low-level pro tournaments, often in Africa, Turkey and Eastern Europe. Merdeeva’s highest ranking was 928th in the world and Dmitrieva’s was 1,191st, though they both achieved slightly more success in doubles.

International Tennis Federation records show that Merdeeva and Dmitrieva teamed up to play doubles at two tournaments in Kenya in 2019. 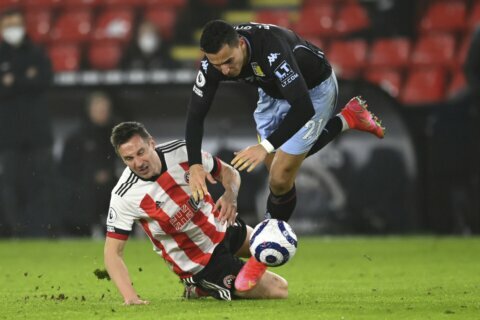