ARCADIA, Calif. (AP) — Heavily favored Life Is Good survived a mild threat late from stablemate Medina Spirit and went on to a three-quarters of a length victory in the $100,000 Sham Stakes on Saturday at Santa Anita.

“It was his first time around two turns,” Smith said. “He didn’t know what he was doing going twice around, and he just got the lead and was looking out at the infield on the big screen. I was watching as well, so I saw the horse coming on the outside. I didn’t want to panic, I just showed it (the whip) to him a little bit.”

“Mike did a great job, just sort of cruising out there and it was just the kind of race we were looking for,” Baffert said. “It is so exciting he passed the two-turn test.” 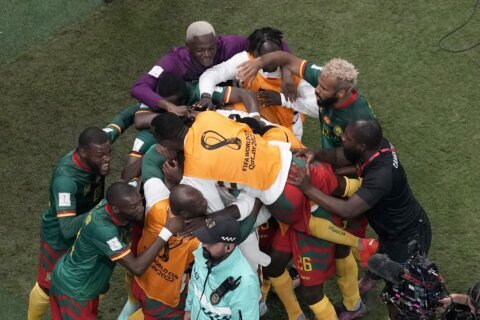