What drives Lee is what he didn’t get.

Lee missed a chance at a third consecutive national individual title — and the top-ranked and undefeated Hawkeyes lost an opportunity for the national team title — when the NCAA championships were canceled because of the pandemic. Lee had also qualified for the U.S. Olympic Trials, which were postponed when the Tokyo Olympics were pushed back to this summer.

“As you all know, the NCAA Tournament is the pinnacle of wrestling,” said Lee, who goes into this season as the top-ranked wrestler in the nation at 125 pounds. “You don’t really feel like your season is finished unless you win that. I’m not going to say I didn’t deserve the Hodge Trophy, but I’m also the only one that won the Hodge that didn’t win a national title. Think about that, right? I mean, I’m hoping to win it next year, win the national title, earn it this time in my mind.”

Lee outscored his opponents 234-18 last season. He scored bonus points in 17 of his wins and had four first-period pins and a team-high nine technical falls. Only four of his matches went the entire three periods.

Brands believes there’s more to come for Lee, who is 63-5 in his college career.

“You could argue that Spencer Lee is better than he’s ever been,” Brands said. “That’s a scary thing. He has to go out and prove that, show that off.”

Iowa’s wrestling schedule wasn’t released until last week, and it will be condensed because of the pandemic. The Hawkeyes will wrestle a Big Ten-only schedule, missing out on annual duals against teams like Iowa State and Oklahoma State. The Hawkeyes open Jan. 15 at home against Nebraska.

“I’m going to do my best every time out, just like my teammates,” Lee said. “Ultimately my goal is to be Olympic champion. I have to win a lot of matches before that is even possible. Then NCAAs, Olympic trials. If I win Olympic trials, (then it’s the) August Olympics in Tokyo. That’s one by one. You can’t skip, can’t take the easy way out.”

Lee is a senior, but he’ll be able to get an extra season next year under NCAA rules. That would mean a chance at four national titles if Lee wins the championship this year.

The Hawkeyes were a unanimous No. 1 pick in the National Wrestling Coaches Association preseason poll. They return nine All-Americans from last season’s team that went 13-0 overall, 9-0 in the Big Ten.

Big Ten teams occupy five of the top seven rungs in the rankings, with Penn State No. 2, Michigan No. 3, Nebraska No. 5 and Ohio State No. 7. North Carolina State is No. 4 and Oklahoma State is No. 6. 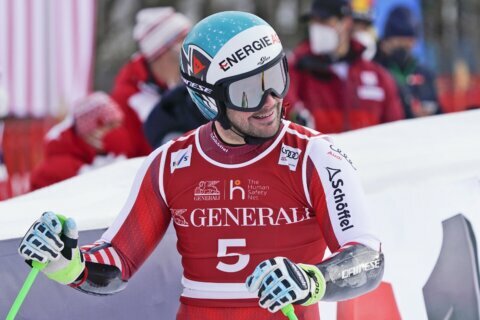 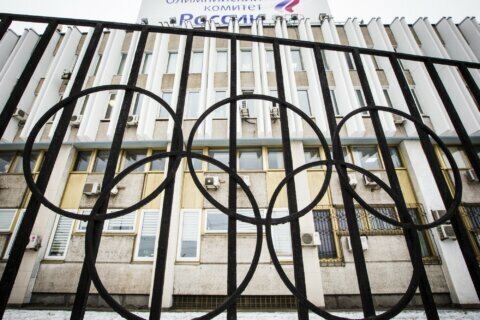