BARCELONA, Spain (AP) — Gerard Moreno scored his competition-leading 10th goal to set Villarreal on its way to a commanding 4-0 victory at Celta Vigo in the Spanish league on Friday.

The Spain striker was set up by Dani Parejo after Parejo stole possession from Celta’s Denis Suárez near the area and played Moreno clear to open the scoring in the fifth minute at Balaídos Stadium.

A poor pass by Celta Vigo goalkeeper Ruben Blanco led to the visitors doubling their advantage in the 14th. Manuel Trigueros intercepted the pass and crossed for Moi Gómez to volley home.

Blanco was again at fault in the 19th when he let Parejo’s cross from a free kick bounce off the turf and under him before reaching the net.

Villarreal rose past Barcelona into third place before Barcelona visits Granada on Saturday.

It was eighth-placed Celta’s third loss of the week, marking a sharp downturn after it won five and drew one under new coach Eduardo Coudet. It lost at Real Madrid last weekend and was embarrassed 5-2 at third-tier Ibiza in the Copa del Rey midweek. 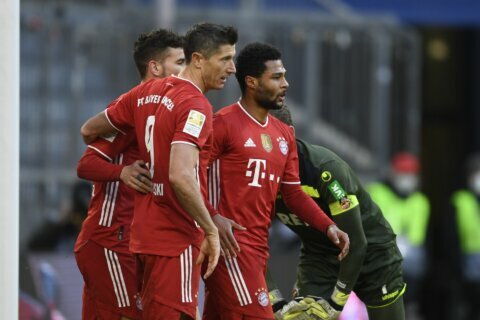 Bayern Munich gears up for improved Dortmund in ‘Klassiker’ 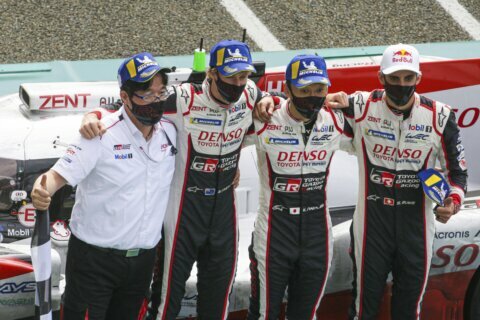 24 Hours of Le Mans postponed from June to August