Diego Alonso out as coach of Inter Miami after one season

MIAMI (AP) — Diego Alonso will not be back for a second season as coach of Major League Soccer’s Inter Miami, part of a tumultuous offseason for the expansion team.

Alonso got Inter Miami to the MLS Cup playoffs in 2020, marking the seventh time an MLS newcomer reached the postseason. But Inter Miami was routed by fellow expansion club Nashville in that playoff appearance, finished 10th in the Eastern Conference and wound up with 7 wins, 13 losses and 3 draws.

“This was a difficult year and a very tough decision for everyone, but we believe it is the right step for the club,” Inter Miami managing owner Jorge Mas said in a statement. “We have great expectations for Inter Miami in the short and long term.”

Alonso’s successor could be Phil Neville, who is coaching the England women’s team and been due to lead a British squad at the rescheduled Olympics this year.

Now the English Football Association is faced with reassessing its Olympic plans if the former Manchester United defender — and former teammate of David Beckham, a major part of the Inter Miami ownership group — takes the MLS job.

“We did make a decision that Phil would lead Team GB in November and we were moving towards an announcement when he started to have these discussions,” Sue Campbell, the FA’s director of women’s football, told the BBC on Thursday. “Until those discussions are concluded, I can’t really say any more. If Phil remains, he will be Team GB coach. If he goes, we obviously have something to think about and work through.”

Neville led England to the semifinals at the 2019 Women’s World Cup, losing to the United States.

The decision to not retain Alonso means three of the club’s key faces from its first season — Alonso, captain Luis Robles and sporting director Paul McDonough — will not be back for Year 2 in club history. Robles, one of the most decorated goalies in MLS history, announced his retirement on Wednesday after 14 years in the league, most of them with the New York Red Bulls.

McDonough and Inter Miami parted ways in December. He was one of the primary figures in Atlanta United’s rise to winning an MLS title in just its second season in 2018.

It was a rocky first season for the team, even with the playoff appearance. Beckham’s club became the first MLS team to lose its first five games, that coming after the league shut down in March in response to the coronavirus pandemic — just two days before Inter Miami would have played its long-awaited first home game before what was expected to be a capacity crowd.

The club practiced for the first time in January 2020, nearly six years into Beckham’s quest to finally get MLS back on the field in South Florida. 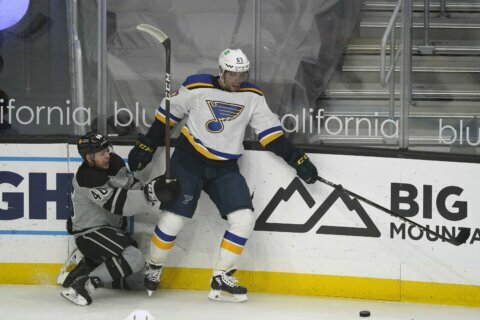