BURNLEY, England (AP) — Burnley twice came from behind to claim a 3-2 victory over Aston Villa on Wednesday and push further clear of relegation danger in the Premier League.

Burnley ended Liverpool’s long unbeaten run at home in the Premier League last week but was outplayed in the first half by Villa, which only had Ollie Watkins’ 10th goal of the season to show for its dominance.

Burnley capitalized as Ben Mee converted Ashley Westwood’s corner in the 52nd minute. And although the excellent Jack Grealish restored Villa’s lead in the 68th, the visitors were left stunned as a lucky goal from Dwight McNeil and a header from Chris Wood sealed a comeback for the hosts.

McNeil was attempting to cross but his ball into the area trickled into the net, before the winger provided the assist for Wood in the 79th as Burnley scored three goals for the second game in a row.

However, its 3-0 win at Fulham came in the FA Cup and Burnley had only scored five times at home in the league this season before Villa arrived. The last time it netted three in a top-flight game was last February.

Burnley moved onto 22 points and has breathing space to the bottom three.

Villa has now won just one of its last five league games. 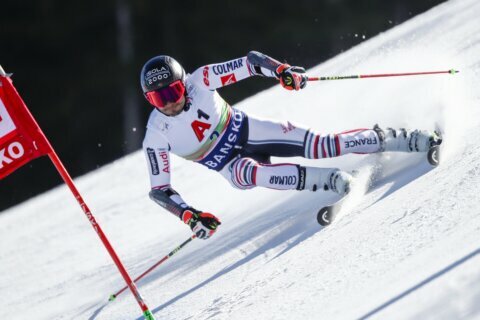