LEVERKUSEN, Germany (AP) — Bayer Leverkusen signed winger Demarai Gray from Leicester on a one and a half-year deal on Sunday in its third signing from a British club this month.

Leverkusen said Gray signed a deal through the end of the 2021-22 season. Sporting managing director Rudi Völler said the plan was for him to add depth to the squad. Leverkusen is in a tight battle for a Champions League place in the Bundesliga.

“The whole world was watching when the Bundesliga was the first big league to start playing again last year after the break caused by the coronavirus. I like German football,” Gray said on the club website.

“I can, and I would, like to develop here and be successful with this attractive team.”

Gray won the Premier League title with Leicester as a 19-year-old in 2016 but dropped out of the first team this season, playing only 18 minutes in the league.

Gray continues a trend of Leverkusen looking to Britain for signings after bringing in full-back Jeremie Frimpong from Scottish champion Celtic and defender Timothy Fosu-Mensah from Manchester United. 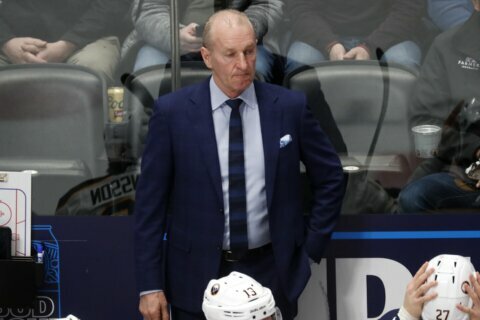