MÁLAGA (AP) — Athletic Bilbao knocked out defending champion Real Madrid in the Spanish Super Cup with a 2-1 win on Thursday, setting up a final against Barcelona.

Raúl García scored two first-half goals to put Athletic in Sunday’s final in Seville against the Catalan club, which beat Real Sociedad in a penalty shootout in the other semifinal on Wednesday.

Athletic is looking to win its third Spanish Super Cup title, and first since beating Barcelona in the 2015 final. The Basque Country club also won the competition in 1984.

This year’s Super Cup was moved to southern Spain after the coronavirus pandemic stopped it from being held in Saudi Arabia for a second straight season. The tournament’s revamped Final Four format includes the top-two finishers in the Spanish league and the Copa del Rey.

García opened the scoring for Athletic in the 18th minute with a shot past Madrid goalkeeper Thibaut Courtois in a one-on-one situation inside the area. He added to the lead by converting a penalty kick in the 38th after a foul by Lucas Vázquez.

“We played a very tough opponent but we knew we could come through with the victory,” said García, who was sent off less than 15 minutes into Athletic’s 3-1 loss to Madrid in the Spanish league in December. “We played a great match.”

Madrid reduced the deficit in the 73rd when Karim Benzema scored his first goal in four matches with the help of video review after he was originally called offside. The French striker appeared to have scored an equalizer in the 82nd but that goal was disallowed for offside.

Defender Sergio Ramos missed another chance with a header by the post in the 88th. A few minutes later Madrid wanted a penalty after Ramos appeared to be grabbed inside the area, but video review determined there was no foul.

“They got off to a good start and we struggled to get going,” said Madrid’s Marco Asensio, who twice hit the woodwork when the score was 2-0. “They gained confidence after the first goal and we were not able to recover.”

Madrid was coming off a scoreless draw at Osasuna in the Spanish league. It was stuck in Pamplona after the match because of a snowstorm that has disrupted the city Madrid in the last few days, having to travel directly to Málaga from there.

Athletic reached the final boosted by the arrival of coach Marcelino García Toral, who was hired less than two weeks ago to try to halt the team’s struggles. It was only his second match in charge of the club, coming after a 3-2 home loss to Barcelona in the Spanish league last week.

“These players have given everything they have since I arrived,” the coach said. “To beat Real Madrid is always very gratifying and Athletic hadn’t beaten them in 11 matches.” 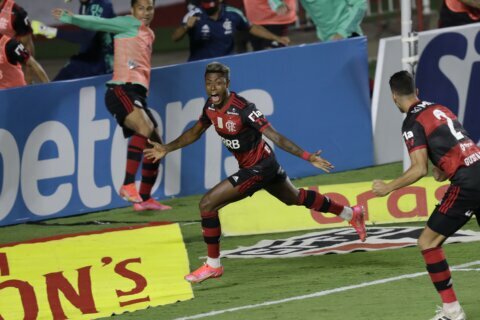