3 coaches under increasing pressure in the Bundesliga

BERLIN (AP) — Five coaches have already lost their jobs in the Bundesliga this season and three more need a quick change in fortune to avoid joining them.

Hertha next visits Cologne on Saturday before hosting Hoffenheim in Berlin on Tuesday. Hoffenheim then hosts Cologne the following weekend.

Labbadia is struggling under the weight of expectation following the recent investments of 374 million euros ($450 million) from backer Lars Windhorst. The German entrepreneur has yet to receive any encouraging signs that his money has been well spent.

Hertha traveled to struggling Arminia Bielefeld on Sunday hopeful of claiming back-to-back wins for the first time this season after a 3-0 victory over Schalke, but the team produced a lackluster performance and was lucky to only lose 1-0.

“There are no excuses for such a performance. It’s hard to explain,” Hertha left back Maximilian Mittelstädt said.

Hertha is only five points above the relegation zone after 15 games — far from where club officials and players expected to be. Labbadia complained after the game in Bielefeld that he hadn’t foreseen “so many absences on the field.”

But Hertha hasn’t impressed since starting the league with a 4-1 win at Werder Bremen in September. That was followed by four losses. Hertha has only won three games since and was unable to follow any of them with another win.

Hoffenheim is a point behind Hertha and paying the price for a host of coronavirus infections and injuries. Hoeneß — the nephew of Bayern Munich great Uli Hoeneß — is under pressure after Saturday’s 4-0 loss at Schalke, which hadn’t won any of its previous 30 league games.

But Hoffenheim backer Dietmar Hopp has voiced his support for the coach and said the problems are elsewhere.

“I have confidence in the people involved to cope with the situation and I’ve told them this personally,” Hopp said after the latest loss.

Gisdol also has the backing of his boss at Cologne, Horst Heldt, but local media reports suggest the game against Hertha could be decisive for the 51-year-old coach after last weekend’s 5-0 loss to Freiburg.

Cologne’s 2-1 win over Borussia Dortmund in November ended an 18-game run without a victory, but the team has only one victory, over struggling Mainz, from six league games since. 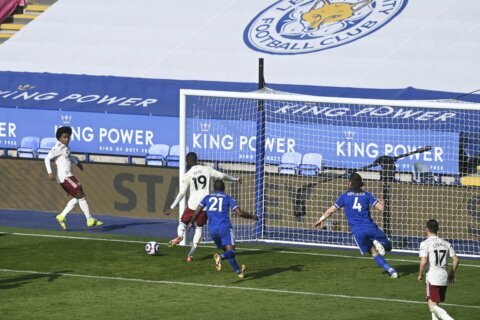 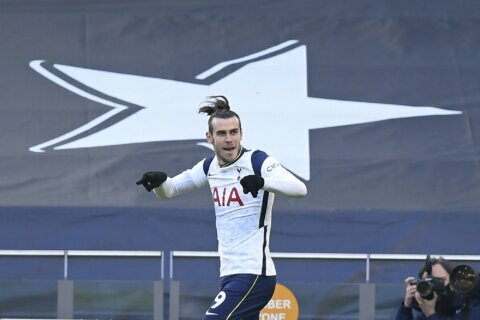