The Latest: USC basketball to return against Santa Clara

The Trojans will host Santa Clara instead of Long Beach State, which had to cancel because of ongoing COVID-19 issues in its program.

It will be the Trojans’ first game since Dec. 8. The team had to halt activities on Dec. 13 because of a confirmed case of COVID-19 within the program, which caused four games to be either postponed or canceled.

The Trojans (4-1) are set to resume practice on Sunday.

The Beavers announced a confirmed case of COVID-19 on Dec. 20. As a result, their game against the Bruins had to be called off because of testing and contact tracing.

The 10th-ranked Bruins will still travel to Eugene to play at Oregon on Jan. 3.

The Cleveland Browns have delayed their flight to the New York area for Sunday’s game against the Jets to conduct contact tracing after a player tested positive for COVID-19.

The team issued a statement Saturday announcing the positive test and saying it had closed its facility for tracing. The team was scheduled to leave Cleveland at 2:45 p.m. But players are staying home while the tracing is completed. The player who tested positive was not immediately identified.

Also, the team has not yet announced if rookie left tackle Jedrick Wills will play. He was placed on the COVID-19 list Thursday after having close contact with a person outside the team.

Like numerous other NFL teams, the Browns have been dealing with positive cases for most of the season. Defensive star Myles Garrett missed two games after contracting the virus.

The Houston Rockets will be without DeMarcus Cousins, Eric Gordon, Mason Jones and John Wall for at least two games while they complete quarantines related to the NBA’s coronavirus safety protocols. Their quarantines, provided they test negative, would end Wednesday.

The Rockets play in Portland on Saturday in their delayed season-opener.Their original opener was set to be this past Wednesday against Oklahoma City and had to be postponed because Houston did not have enough players. They also play at Denver on Monday.

James Harden is expected to play Saturday. He served a four-day quarantine for breaking protocols, one reason the Rockets couldn’t play Wednesday.

Arsenal says center back Gabriel is self-isolating because he had close contact with someone with COVID-19 and will miss the next three matches.

The London club also tweeted that former Chelsea players David Luiz and Willian feel unwell, but both have recently tested negative for the virus. All three players were unavailable for the English Premier League match against Chelsea on Saturday.

Arsenal said “we will continue to monitor, support and assess their conditions.”

While the Premier League charges ahead, several lower-tier English soccer games have been suspended because of coronavirus cases.

Rotherham’s scheduled Boxing Day game at Middlesbrough in the second-division Championship was suspended after the visitors had “recent positive COVID-19 tests.”

Rotherham’s previous match against Wayne Rooney’s Derby County had also been called off. The club discovered more cases this week after “an increased series of testing.”

Millwall this week announced an outbreak that forced the suspension of Saturday’s game against second-place Bournemouth. It’s been rescheduled to Jan. 12.

Several third-tier League One games have also been postponed because of coronavirus cases.

The day’s other suspended games include league leader Portsmouth against Swindon Town. 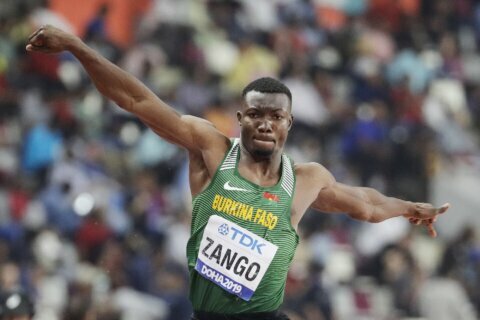 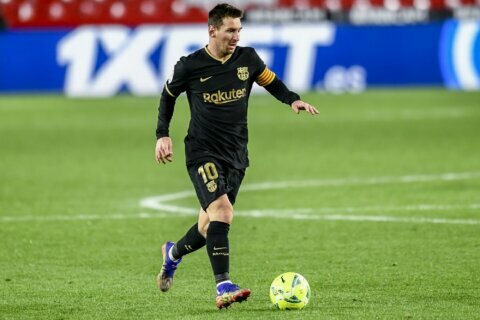