ORLANDO, Fla. (AP) — Justin Thomas and Tiger Woods traded text messages on the eve of the final round at the PNC Championship, their teams tied for the lead and in contention. Neither mentioned winning.

This was about Woods getting to play alongside 11-year-old son Charlie, watching him twirl the club after a good drive and yes, even deliver a fist pump in his red shirt Sunday. For Thomas, it was about competing with his father, Mike, a longtime club professional in Kentucky and the only coach he’s ever had.

Team Thomas birdied the opening seven holes and the father delivered a 5-foot birdie putt on the 18th hole that gave them a 15-under 57 in the scramble format and a one-shot victory over Vijay Singh and son Qass.

They won the Willie Park Trophy. It only felt like the other 19 teams won a participation trophy.

Team Woods posted another 62 to finish seventh. Woods and his son dressed in his traditional Sunday red with black trousers. Charlie’s mother, Elin Nordegren, walked the final round at The Ritz-Carlton Club at Grande Lakes, her first time at a golf tournament since the 2009 Presidents Cup at Harding Park.

The top-ranked Ko put an emphatic capper on her truncated year Sunday by shooting a 6-under 66 and winning the CME Group Tour Championship by five strokes over Hannah Green and Sei Young Kim.

With a birdie on the final hole, the LPGA Tour’s final putt of the season, Ko finished at 18 under at Tiburon for her seventh career LPGA Tour title.

Kim, who took a one-shot lead into the final round, shot a 72 and that was good enough for her to win Rolex Player of the Year honors. Danielle Kang won the Vare Trophy for the lowest scoring average.

Ko played only four LPGA Tour events in 2020 — she competed six times on the Korean LPGA while riding out the coronavirus pandemic at home — but the win Sunday and a check for $487,286 for finishing second last week in the U.S. Women’s Open helped push her season earnings to $1,667,925.

Matthews finished at 26-under 258 at Playa Dorada, opening with rounds of 65, 65 and 63. The former Temple player also won the tour’s 2017 Molino Canuelas Championship.

Fellow American Jacob Bergeron was second after a 63. 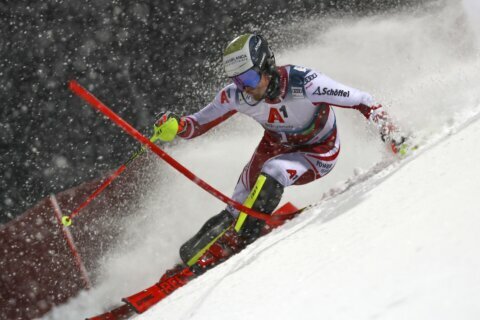