LONDON (AP) — The Premier League agreed to a rescue package Thursday worth 250 million pounds ($330 million) to ease the financial burden on lower-division teams in English soccer as a result of the coronavirus pandemic.

After months of negotiations, Premier League clubs gave their approval for a loan of 200 million pounds ($265 million) that second-division Championship clubs will be able to utilize interest free.

A fund of 50 million pounds ($65 million) will go to clubs in League One and League Two — the third and fourth divisions.

“Our commitment is that no English Football League club need go out of business due to COVID-19,” said Premier League chief executive Richard Masters, noting the importance of the lower-division clubs to their communities.

The Premier League has committed to cover up to 15 million pounds ($20 million) in interest and arrangement fees to enable the loan to be secured for Championship clubs, which will allow them to meet their tax liabilities up to June 30, 2021.

The British government has consistently said that the Premier League — rather than the taxpayer — must provide assistance to lower-league clubs, who have been stricken primarily by their inability to have fans in stadiums since March because of social restrictions amid the coronavirus outbreak.

Limited numbers of supporters are being allowed to return to grounds from this week, depending on the rate of infection in the local area.

“I’m glad that football has come together to agree this substantial package,” said Oliver Dowden, Britain’s culture secretary. “Fans are starting to return and we look forward to building on this as soon as it’s safe.

“With a 250 million pound support package for men’s elite football and 300 million pound government funding for women’s football, the National League and other major spectator sports, we have fuel in the tank to get clubs and sports through this.” 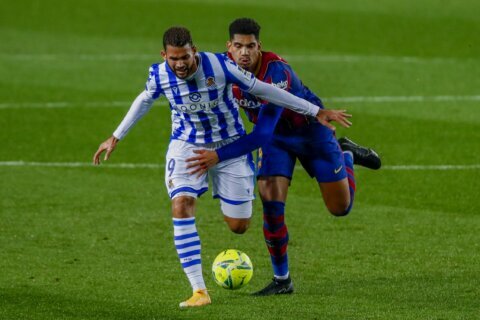