MATCHDAY: Hertha under pressure vs. Union in Berlin derby

Hertha Berlin is under pressure as it hosts Union Berlin for the Bundesliga’s third derby between the teams. West-based Hertha lost the first 1-0 in the eastern borough of Köpenick last season, then atoned with a 4-0 win at home. This season has not been going to plan so far for Hertha, while Union is toasting its fine start to the league with twice as many points (16) as its cross-town rival. No supporters will be allowed at the derby in the 75,000-capacity stadium because of measures against the coronavirus. Hertha wanted to reach its fans anyway and used the cover of darkness to plant about 60,000 blue and white flags around the German capital’s 12 districts ahead of the game. But Monday’s plan backfired the next day when the local Ordnungsamt — the regulatory body responsible for enforcing civic rules and order — said it was taking action. Hertha will be hoping the derby itself is more straightforward.

Marseille travels to face southern rival Nimes after back-to-back wins and with playmaker Dimitri Payet back in form. Payet scored both goals in a Champions League win against Olympiakos on Wednesday night, having netted against Nantes last weekend. Marseille’s form has been so patchy at times that it is hard to think of Andre Villas-Boas’ side as title contenders. Yet they could be. For a win would move sixth-place Marseille just one point behind leader Paris Saint-Germain and with a game in hand. Nimes needs victory to move further away from the relegation zone.

Celta Vigo visits Athletic Bilbao looking for its second win in a row after ending an eight-match winless streak in the Spanish league. A victory would move Celta out of the relegation zone after 12 matches. Athletic is midtable with a game in hand. It has won three straight at home while outscoring its opponents 8-1. 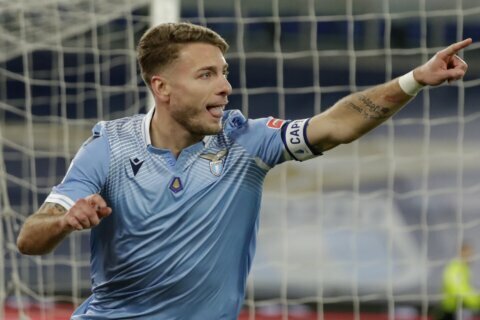 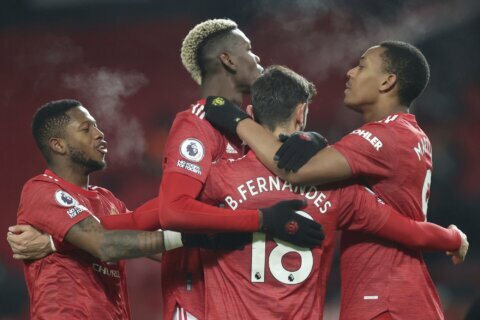 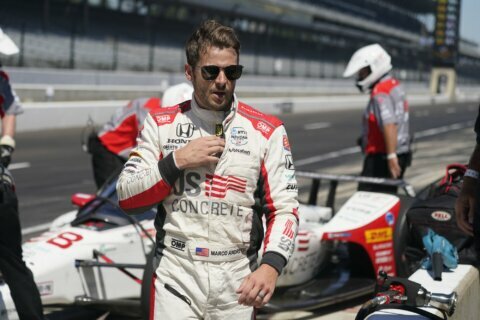