Chelsea and Manchester City look to rebound from dropping points at the weekend when they open a midweek round in the Premier League. Chelsea travels to Wolverhampton on the back of only its second loss all season, 1-0 at Everton. City was held by Manchester United to 0-0 in a drab derby at Old Trafford, but faces the worst defense in the league when West Bromwich Albion arrives at Etihad Stadium. Chelsea is fifth and City ninth, with just seven points separating the top 10 in the division. The rest of the 13th round is played out across Wednesday and Thursday.

Edin Terzić makes his debut as Borussia Dortmund coach at Werder Bremen and hopes to end the team’s three-game winless streak in the Bundesliga. The former assistant coach was appointed on Sunday as Lucien Favre’s replacement after Dortmund lost 5-1 at home to Stuttgart on Saturday. “To sum it up quickly, I’m always in favor of scoring one more goal than the opposition,” said Terzić, who is tasked with getting the best from Dortmund’s plethora of attacking stars in the absence of the injured Erling Haaland. Haaland is out until January, at least. Eintracht Frankfurt hosts Borussia Mönchengladbach, whose coach Marco Rose has already been tipped to take over from Terzić next season. Hertha Berlin hosts Mainz and city rival Union Berlin visits Stuttgart, where the home side will hope to avenge its relegation/promotion playoff defeat to Union in 2019. 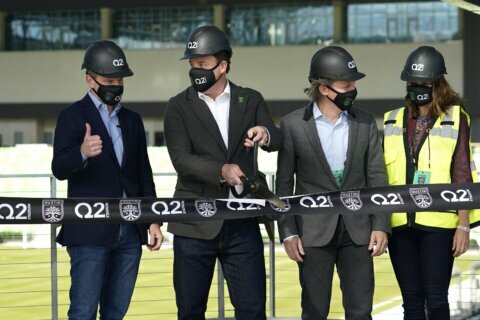 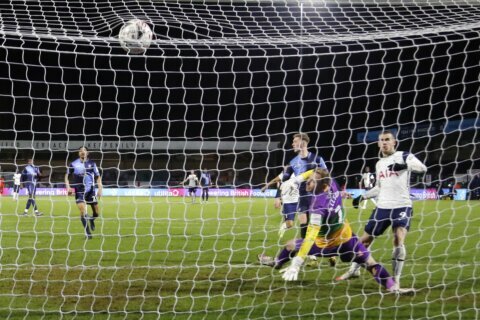