FRANKFURT, Germany (AP) — German soccer will share its TV revenue more evenly in the coming seasons amid warnings that the coronavirus pandemic is straining clubs’ finances.

The German Football League, which oversees the top two men’s divisions, said it will put an extra 75 million euros ($91 million) per season from German-language TV revenues into a pot which is split evenly between the clubs for the 2021-22 and 2022-23 seasons. That makes up 53% of the German-language revenue of approximately 1.1 billion euros ($1.34 billion) a season.

The remaining 47% will be divided in varying proportions based on factors such as past league positions, youth development, and marketing studies of audience interest.

The shift follows criticism from smaller Bundesliga clubs that the TV revenue split in recent years has made it harder for them to challenge bigger teams whose past successes can mean a long-term boost to earning power.

League CEO Christian Seifert warned that clubs continue to be under financial pressure. Fans are barred from German stadiums after a trial period this season was ended when coronavirus case numbers rose. Seifert urged clubs to reduce their wage budgets where possible. 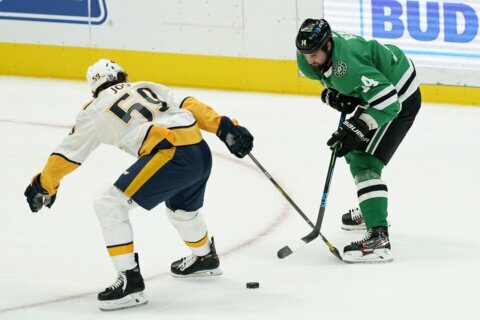