The captain had missed three penalty kicks worth nine points and England was trailing underdog France by seven points in the last minute of a dramatically intense Autumn Nations Cup final on Sunday.

But from a corner lineout England replacement hooker Luke Cowan-Dickie was driven over. Farrell coolly slotted the conversion to tie the score at 19-19 and force sudden-death extra time. That’s where England avoided a monumental upset when Farrell nailed a second chance in the 96th minute to win the final 22-19.

“I missed some that I definitely, definitely shouldn’t have missed and made that game go on longer than it should have,” Farrell said.

“There were a lot of chances to win that game and it was my fault that we didn’t take them, but the boys kept going at it.

“I was confident in what we were playing. I thought we grew throughout the second half.”

England was the red-hot favorite just five weeks after pipping France to the Six Nations title. It had 10 times the experience, and home advantage.

But a young France team of second and third stringers led for 65 minutes until the last minute of regulation time.

France was forced by its Top 14 clubs to leave at home its 25 best players and put out a rookie side, a week after debuting 11. That made this final farcical, saved only by France’s audacity. The Tricolors had no starters from the team which won this matchup 24-17 in February in Paris, while England had 10 starters back keen to avenge its only loss this year.

But England was unable to boss the French novices like they did Ireland, Wales and Georgia. France matched England’s physicality, unleashed gutsy defense, and took its chances. They were seconds away from an extraordinary win.

“We were very strong mentally,” proud France coach Fabien Galthie said. ”The players really managed to take this opportunity. They had the spirit.”

Farrell kicked the first points from a scrum penalty won by loosehead prop Ellis Genge, a late injury replacement for Mako Vunipola. Vunipola’s absence brought down England’s total caps in the starting XV to 772, still lopsided compared to France’s 68, its second lowest ever.

France fullback Brice Dulin accounted for 30 of those caps and he claimed the first try. From an attacking lineout, flyhalf Matthieu Jalibert burst through a gap, drew the last man, and had three men outside him. He gave the try to Dulin.

England’s Jonny May milked a penalty that Elliot Daly converted from 45 meters and they trailed by a point after a quarter.

England errors began to pile up and Jalibert punished them with two penalty kicks for 13-6.

A try was lined up right on halftime and all of England’s big men had a go, but France withstood them within two meters of its tryline for 13 phases until Genge lost the ball on the line in the tackle of Dorian Aldegheri. It was an incredible tryline stand, and Aldegheri had to leave injured.

England returned from the changing rooms down desperate, and pinned France in its half for the entire third quarter. But all the pressure earned only a penalty goal as Farrell nailed only one of three goalkicks.

France lost the composed Jalibert after an hour, bringing in Louis Carbonel, one of the under-20 stars who made his debut last weekend.

Carbonel landed two penalties to one by Farrell to have the score 19-12 going into the 80th minute. Cue England converted try, forcing the final into 20 extra minutes of sudden death, with the first to score the winner.

Farrell missed the first chance in the second minute when his penalty kick hit the right upright.

France tried setting up Carbonel for a dropped goal but 12 phases in England’s half ended up with a penalty conceded.

In the second half of extra time, England’s George Ford kicked into the left corner, France wing Alivereti Raka couldn’t escape and Maro Itoje covered the ruck to force a penalty. Farrell lined up the kick on the French 22 in from the left touch and hit it straight through to crown England champion of the tournament that replaced the canceled end-of-year tours.

“The overarching message,” Itoje said, “is we showed resilience.” 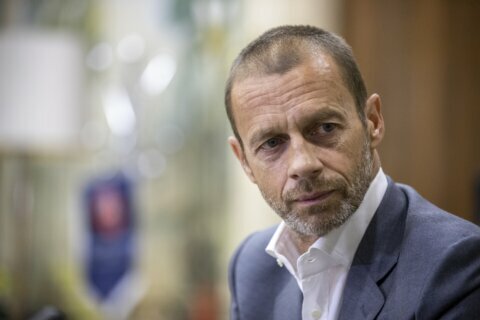 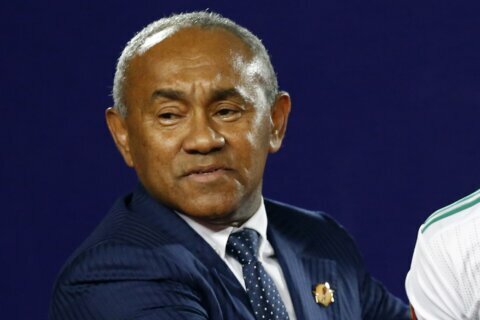