At age 34, Giroud is the oldest player with a hat trick in the competition since Ferenc Puskás scored three goals in a European Cup match in 1965.

“When I’m on the pitch I just try to enjoy it,” Giroud told UEFA.com. “I try to be patient and keep the faith and keep believing and I just try to give something else to the team and sometimes, you know, you feel anything can happen and this night was one of them.”

The French international scored with neat shots from inside the area in the eighth and 54th minutes, then added to the lead with a header in the 74th and a penalty kick converted in the 83rd.

“It was an amazing performance, to score four goals in the Champions League is a fantastic achievement. I am delighted for him,” Chelsea coach Frank Lampard said. “He is the ultimate professional. He isn’t always a regular, but his performances have shown that he is a great sign for young players to keep training well. It was a complete performance.”

The only other time Giroud had scored four goals was with Tours in Ligue 2 in France.

“He is a very good striker and is always putting himself in good position,” Sevilla defender Diego Carlos said. “His goals showed how good a striker he is.”

Giroud’s hat trick was only Chelsea’s second in the Champions League, after Didier Drogba in 2006.

Both teams had already qualified for the knockout stage in advance and rested several regular starters in Seville.

The victory gave Chelsea 13 points, three more than Sevilla. Krasnodar earlier beat Rennes 1-0 at home in the other group match to reach four points and secure third place. Rennes stayed in last place with one point.

Chelsea secured the head-to-head tiebreaker against Sevilla with the win at the Ramón Sánchez-Pizjuán Stadium. The teams drew 0-0 in England in their first match in the group.

The result on Wednesday ended Sevilla’s 14-match unbeaten streak in European matches at home. The Europa League champion hadn’t lost since a 2-1 defeat against Bayern Munich in the first leg of the Champions League quarterfinals in 2018.

“It’s a very tough defeat, it’s always hard to look at a 4-0 score like that,” Diego Carlos said. “We need to fix some things defensively, but we have to keep our heads up because we are already secured in the next round.”

Chelsea had advanced as the second-place team in its last two participations in the Champions League. This is the 12th time Chelsea has won the group out of the 15 occasions it has reached the knockout stage. Chelsea’s last four Champions League campaigns all ended in the round of 16.

For the first time in the Champions League, the video review crew was based at UEFA’s base in Nyon, Switzerland, and not at the stadium. It had to intervene a few times, including to check a couple of handballs inside the area. Neither of them resulted in penalties.

Sevilla had to make a late change to the starting lineup after an apparent injury to goalkeeper Tomas Vaclik during warmup, prompting the debut of 20-year-old Alfonso Pastor.

The Spanish club was playing in its 100th game at home in European competitions, dropping to a record of 71 wins, 18 draws and 11 losses. 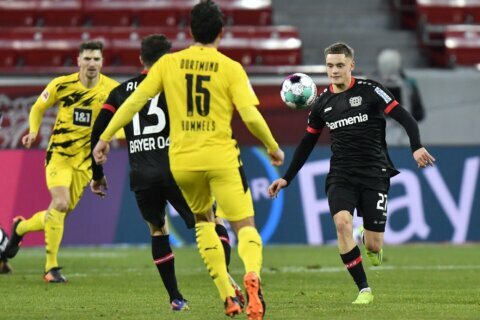 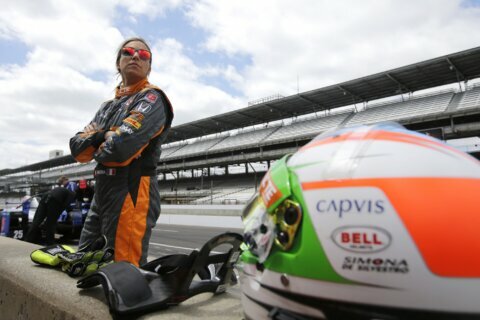