PARIS (AP) — The Brazilian Grand Prix will remain at its traditional Interlagos circuit in Sao Paulo after promoters signed a five-year deal, Formula One said on Wednesday.

F1 said in a statement that the race will take place on Nov. 14 next year.

The announcement scuppers any plans to move to a new circuit in Rio de Janeiro. Seven time F1 champion Lewis Hamilton previously voiced environmental concerns that an area of forest would have to be cut down to build that venue.

“It is a great joy to be able to announce that Interlagos will continue to host one of the most important events in world motorsports. We made a tremendous effort to keep the race in our city,” Sao Paulo mayor Bruno Covas said. “We believe that hosting the Grand Prix, in addition to promoting our city to the world, will continue to bring important contributions such as job creation and income generation.”

Brazilian Emerson Fittipaldi won the first F1 race held at Interlagos in 1973 but the race was among several canceled this year because of the coronavirus pandemic.

The 2020 calendar originally had 22 races before being slashed to 17 because of the coronavirus pandemic, and with the iconic Monaco GP called off for the first time in in 66 years. 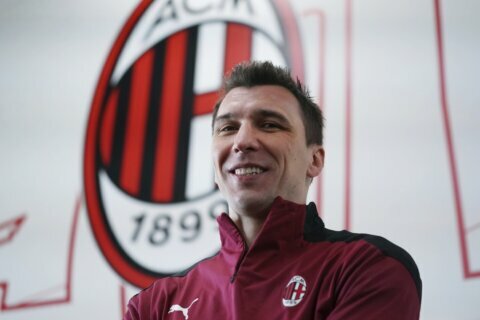