LONDON (AP) — Christian Pulisic could be fit to return for Chelsea as early as this weekend after scans showed the U.S. winger sustained a “very, very minor” hamstring injury, manager Frank Lampard said on Tuesday.

Pulisic was hurt in the warmup ahead of Chelsea’s game against Burnley in the English Premier League on Saturday and withdrew from the starting lineup.

Lampard said Pulisic would not be available to play against Rennes in the Champions League on Wednesday but was “already back outside” in training.

“It is obviously a relief for the injury to be minor,” Lampard said. “He made the right decision in not attempting to play the game, because he could have made it worse.

“So it’s clearly a relief that he will be back very soon, because he’s an important player for us.”

Lampard’s prognosis heightens the chances of Pulisic being available for the United States for its friendly against Wales in Swansea on Nov. 12. It is the Americans’ first international fixture since the outbreak of the coronavirus pandemic in March and Pulisic was selected in a 24-man squad on Tuesday.

The team’s last match was in February, a 1-0 win over Costa Rica in a friendly, using mostly Major League Soccer players. Pulisic hasn’t played for the Americans since October last year, a 2-0 defeat at Canada.

The 22-year-old Pulisic returned to full fitness only this month after a hamstring injury on Aug. 1 sustained in the FA Cup final against Arsenal. He has a history of muscle issues and Lampard said Chelsea has been working hard to limit Pulisic’s problems ever since the winger’s arrival at Stamford Bridge from Borussia Dortmund in the offseason of 2019.

“It’s forever going to be a challenge,” Lampard said. “Some players that play on the edge have such speed and acceleration in their game, maybe they can be more susceptible. I don’t think that’s a one-fits-all answer, because it’s different for everybody.

“From last season, we were looking at ways of managing Christian and looking at ways of being proactive in not hopefully getting so many injuries, I know that’s something he’s experienced previously in his career at Dortmund as well. So we’re all working in the same direction on that one, to try to get him to be as fit as regularly as possible, because we all know his talent.” 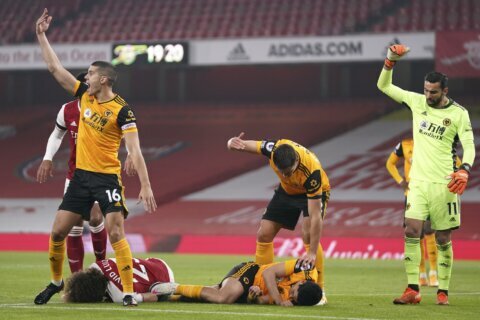