CORONAVIRUS NEWS: CDC to shorten guidance for quarantine | Who will get the vaccine first? | Health tips during the pandemic | Latest test results
Home » Sports » PSG coach Tuchel under…

PSG coach Tuchel under scrutiny as he copes without stars

PARIS (AP) — While Paris Saint-Germain coach Thomas Tuchel is under scrutiny over his tactics and selections, his players must show they can perform when the big stars are absent.

Tuchel’s side tops the French league and can secure an eighth straight win by beating Rennes at home on Saturday. But PSG will be without the injured Neymar and Kylian Mbappe, who were both sorely missed in Wednesday’s 2-1 loss at Leipzig in the Champions League on Wednesday.

PSG often lacks energy and plays like a humdrum side without its star forwards, and without Marco Verratti to compensate for an otherwise weak-looking midfield.

It also showed a lack of leadership and composure by picking up two red cards against Leipzig for needless fouls. Defender Presnel Kimpembe’s came when he hacked down forward Yussuf Poulsen from behind in the fifth minute of injury time.

But all of these deficiencies are masked when Mbappe and Neymar are posing a constant threat to defenses with their pace and skill. Without them and Verratti’s nous, PSG’s players appear lost and unwilling to take on greater responsibility.

Tuchel tactical choices have also been called into question, including deploying midfielder Danilo as a center half and pushing Marquinhos — his best center half — into the defensive midfield role usually held by Danilo.

That backfired against both Leipzig and Istanbul Basaksehir. While PSG won 2-0 against Istanbul, the Turkish side squandered several chances in a match where PSG’s defence was constantly under pressure and heavily reliant on goalkeeper Keylor Navas.

The French media and former PSG player defender Frederic Dehu have been baffled by Tuchel’s choice, particularly since he demanded reinforcements during the recent transfer window. So Danilo, a seasoned international with Portugal, arrived on a season-long loan from Porto.

Yet he and Marquinhos — who is among the best central defenders in Europe — are being played out of position in an experiment Tuchel is stubbornly justifying.

“Everyone can be a coach after a match. Thinking before one is more difficult,” he said following the Leipzig defeat. “Why am I under pressure? All the media, the experts are critical toward me. That’s the way it is. You have to accept it. I thought that after last season, with four (domestic) trophies and a Champions League final, things would be calmer. But no.”

Club captain Marquinhos defended Tuchel, who is widely expected to be replaced at the end of the season. But that could come sooner if PSG fails to qualify for the Round of 16.

“He’s the coach who was in charge for the best season in the club’s history, and now the season after we’re talking about the coach’s future,” Marquinhos said. ”Football has no patience.”

But an increasing number of observers are not convinced Tuchel’s methods are working outside of the domestic scene this season, where competition is much fiercer.

Dehu, who made 167 appearances for PSG between 2000-04, was shocked at PSG’s fitness levels in the second half and the team’s inability to control the game.

“It’s difficult when you don’t have players who are capable of lasting a whole game in the Champions League at this stage of the season,” Dehu told sports daily L’Equipe on Thursday. “It’s surprising to see a team like PSG crumble like that.”

Tuchel’s tactical acumen faces a stern test on Saturday against a Rennes side in third place coached by the astute Julien Stephan.

His side has beaten PSG twice, in the 2019 French Cup final and at the beginning of last season.

Both times he tactically out-witted Tuchel, even when PSG was at full strength. 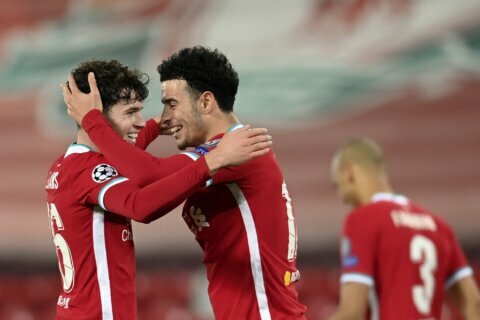 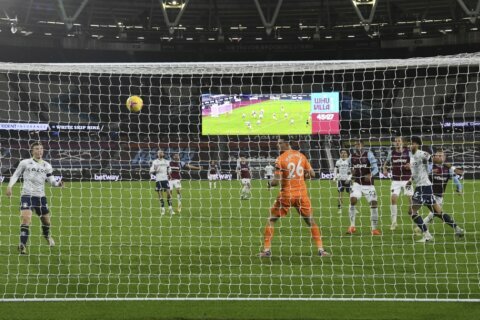 Points criteria for players moving to England after Brexit