A look at what’s happening in the Champions League on Tuesday: GROUP E Chelsea and Sevilla can advance to the…
Listen now to WTOP News WTOP.com | Alexa | Google Home | WTOP App | 103.5 FM

Chelsea and Sevilla can advance to the knockout stage with two matches to spare if they win their respective games. Chelsea heads to Rennes, the French club which lost 3-0 at Stamford Bridge in the third round and has won only once in its last nine games in all competitions. Chelsea, on the contrary, has won five straight games overall and can call upon the services of playmaker Kai Havertz, who is back in training after recovering from the coronavirus, and defender Thiago Silva, who was rested for the 3-0 win at Newcastle on Saturday. Chelsea manager Frank Lampard will be buoyed by comments from Rennes coach Julien Stephan, who said his players weren’t playing as a team. “There’s a lack of maturity, of character, too,” he said. “I’m obviously a bit worried.” Sevilla beat Russian newcomer Krasnodar 3-2 at home in the first of their doubleheader after coming from two goals down. Sevilla will be without veteran Jesús Navas because of a red card he received in the match against Krasnodar at home.

Borussia Dortmund will be all but assured of a place in the knockout rounds with a second win over Belgian club Brugge. Erling Haaland scored four goals against Hertha Berlin in the Bundesliga on Saturday, but it wasn’t as easy as the 5-2 scoreline made it look and Dortmund was 1-0 down at half-time. Coach Lucien Favre is planning to rotate his squad to cope with the packed club and international schedule, which could open up a chance for 16-year-old forward Youssoufa Moukoko to become the youngest player in Champions League history. Russian champion Zenit St. Petersburg needs a win against Lazio to keep its qualifying hopes alive. Lazio has striker Ciro Immobile back from the coronavirus.

After a slow start, Juventus and Cristiano Ronaldo are starting to find their form as they welcome Ferencvaros to Turin. Ronaldo scored twice in Juve’s 2-0 win over Cagliari on Saturday. But defender Merih Demiral was injured and was unavailable. With defensive stalwarts Leonardo Bonucci and Giorgio Chiellini also unavailable, first-year coach Andrea Pirlo is going to have to find a creative solution. Barcelona comfortably leads the group after three victories from three matches but it will face Dynamo Kyiv depleted by injuries and without Lionel Messi and Frenkie de Jong, who will be rested by coach Ronald Koeman. Barcelona is coming off a loss to Atlético Madrid in the Spanish league, a result that left the Catalan club in 12th place. Gerard Piqué and Sergi Roberto were injured in the game against Atlético and also won’t travel to Ukraine.

Paris Saint-Germain is already fighting against elimination from the Champions League, three months after playing the final. Losing to Leipzig at home on Tuesday would almost certainly leave PSG needing to win both of its last two games and hope other results go its way. Leipzig stepped up its game after poor form to beat PSG in the reverse fixture and will need to do so again in Paris. A 1-1 draw with Eintracht Frankfurt in the Bundesliga on Saturday was a missed opportunity for Leipzig to exploit Bayern Munich dropping points. Manchester United looked to be coasting to the last 16 after impressive wins against PSG and Leipzig, but lost at Istanbul Basaksehir 2-1 to throw the group wide open again. Paul Pogba could return for United after an minor ankle problem but is no longer a sure starter in the team. 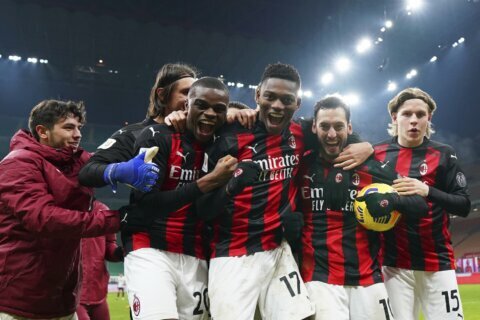 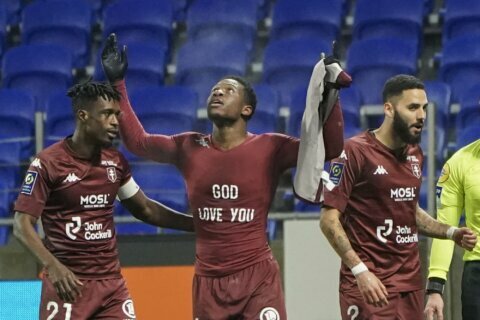