The third-seeded Crew will host eighth-seeded New England next Sunday for a spot in the MLS Cup. The Revolution beat Orlando City 3-1 earlier Sunday.

Santos scored in the 99th minute off a feed from Zardes near the center of the net, ending seventh-seeded Nashville’s shutout streak at more than 200 minutes. Zardes struck in the 102nd on a breakaway off Luis Díaz’s deft lead pass.

Carles Gil opened the scoring for in the 17th minute on a penalty kick, Bou made it 2-0 in the 26th and Júnior Urso connected for fourth-seeded Orlando City in the 33rd. After Orlando City’s Mauricio Pereyra was sent off in the 60th for a studs-up tackle of Matt Polster, Bou capped the scoring in the 86th. 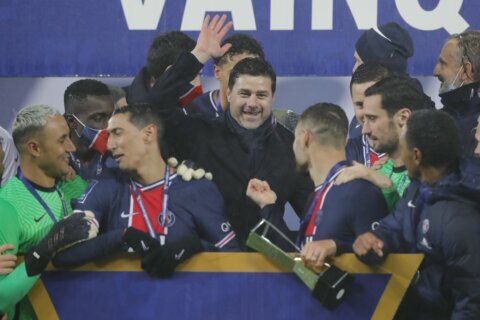