CORONAVIRUS NEWS: Streeteries to remain open in Montgomery Co. | Va. gets $30.6M from CDC | How many vaccinated in DMV?
Home » Sports » Colette Evert, mother of…

DEERFIELD BEACH, Fla. (AP) — Colette Evert, the matriarch of a tennis family that produced five children who were successful in the age-group and professional ranks, including 18-time Grand Slam champion Chris Evert, has died. She was 92.

She died last Thursday in Deerfield Beach, Florida, according to a tweet by Chris Evert and an online obituary posted by Fred Hunter’s Funeral Home in Fort Lauderdale.

“At 92, it was her time, and she went peacefully and gracefully,” Evert tweeted.

Born Jeanne Colette Thompson on June 15, 1928, in New Rochelle, New York, she went by her middle name and was the youngest of 10 children.

In 1952, she married Jimmy Evert, a tennis teaching professional in Florida whom she met at the wedding of a mutual friend in New York. The couple moved to Florida, where Jimmy was the city of Fort Lauderdale’s tennis director for 49 years. He died in 2015.

The couple’s five children played tennis collegiately or professionally. While her nervous husband stayed home and waited for a call relaying match results, Colette Evert was a regular presence traveling with her children to junior, amateur and pro tournaments over several decades. Known for her quiet demeanor, she was well-regarded by tournament directors and other players.

“Our mother was loved by everyone who knew her. She was gracious, kind and nurturing,” said Chris Evert, the year-end world No. 1-ranked player seven times. “She never had a bad word to say about anybody and would often cheer for our opponents when they played well against us. If there is a Hall of Fame for Tennis Moms, she was undoubtedly the first inductee.”

Chris Evert’s longtime rival and friend Martina Navratilova tweeted, “Colette was as good a person as one could ever meet and a role model for all tennis parents.”

Besides her devotion to her family, Colette Evert had a deep and abiding Catholic faith. She had served Holy Communion to homebound seniors who were ill or unable to attend services.

Besides Chris, she is survived by sons Drew and John and daughter Clare Evert-Shane; 10 grandchildren; and seven great-grandchildren. Another daughter, Jeanne Evert Dubin, died in February. 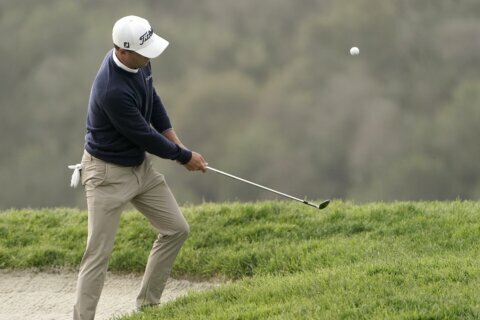 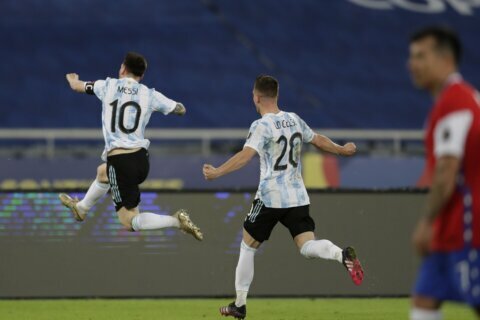 Argentina and Uruguay riddled with doubts for Copa clash