The players and coaching staff of Norwegian team Bodø/Glimt were preparing to fly out for some warm-weather preseason training in…
Listen now to WTOP News WTOP.com | Alexa | Google Home | WTOP App | 103.5 FM

The players and coaching staff of Norwegian team Bodø/Glimt were preparing to fly out for some warm-weather preseason training in Spain in March when soccer in the Nordic country came to a standstill because of the coronavirus outbreak.

Realizing that finances would be stretched in a pandemic, most clubs in Norway’s top division put their players on furlough.

The leadership at Bodø/Glimt had other ideas.

“We stood there with all employees of the club and said no one was going to leave,” the club’s chairman, Inge Henning Andersen, told The Associated Press.

“We thought the best thing in the situation was to continue training … I think that was one of best decisions we ever made at the club.”

Their fitness and intensity levels far exceeding that of their rivals, Bodø/Glimt’s players started the season “like a million dollars,” Andersen said with a smile.

They haven’t looked back.

On Sunday, the unheralded team from Norway’s west coast needs just a point in a match at Strømsgodset to clinch the first top-flight title in its 104-year history and, in doing so, become the most northerly club to be Norwegian champion.

They’ll likely be doing it in record-breaking fashion, too.

Bodø/Glimt has lost just one of its 24 games and, on 65 points, needs seven more from its remaining six games to set a record points haul in the Eliteserien. On 83 goals so far, the team is only four shy of the record for a single top-flight season.

They have scored four or more goals on eight occasions in the league and are 18 points clear of second-place Molde, the defending champion.

The procession to the 2020 title is even more remarkable given Bodø/Glimt has a status as an “elevator club” — as it’s called in Norway — because of its history of going back and forth between the top two divisions. The last promotion came as recently as 2017, so this is just their third season back in top flight.

Asked to explain his club’s rise, Andersen said there was no eureka moment.

“Just a lot of good decisions over the last three or four years,” he said, ranging from the promotion of Kjetil Knutsen to head coach after the 2017 season, to a cultural change by the team management ahead of the 2019 season, which the team finished in second place.

“They decided to leave everything behind and stop aiming for a result like a top-eight finish, a top-10 finish or even a top-three finish. Just leave it, focus on developing the players. Basically just come in as the best version you can possibly be — and come in a better person tomorrow.

“Maybe something dropped from their shoulders.”

Linked to that was the hiring a couple of years earlier of Bjorn Mannsverk, a former fighter pilot-turned-mental coach. He holds individual and group sessions with the players, who have now turned to meditation before training sessions.

Mannsverk has played a crucial role in making the players believe in themselves more, notably Ulrik Saltnes and Patrick Berg — midfielders who have become talismanic figures for the team.

“He felt pressure in the stomach, and had stress-related syndromes,” Andersen said of the 27-year-old Saltnes. “He was actually stressed. He could do well in training but not in matches.

“So they began to talk about this … and finally find a way out of it.”

The leadership at Bodø/Glimt accepts the club will not be able to keep hold of its best players. At the start of last month, for example, winger Jens Petter Hauge joined Italian giant AC Milan, which played Bodø/Glimt in the Europa League group stage this season and was suitably impressed by the Norwegian side’s then-20-year-old star attacker. The Italian club reportedly paid a transfer fee of $5 million.

This is, after all, a club which budgeted for home crowds of 3,600 for games at its Aspmyra Stadion this season. The population of the city of Bodø is around 50,000.

It makes the success story of Bodø/Glimt all the more stunning as it looks to secure the biggest trophy in its history and, who knows, get through qualifying to reach the Champions League group stage next year.

“To get the international reference for the boys,” Andersen said, “is how we can build the club further.” 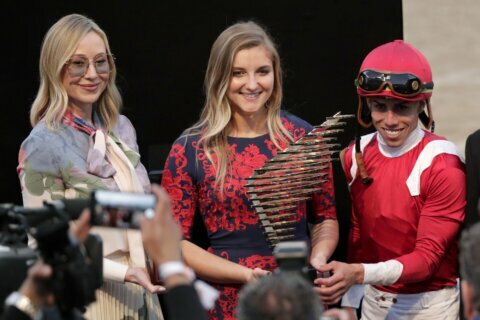