EDINBURGH, Scotland (AP) — Scotland warmed up for its Six Nations finale by pushing around Georgia by 48-7 in an…
Listen now to WTOP News WTOP.com | Alexa | Google Home | WTOP App | 103.5 FM

EDINBURGH, Scotland (AP) — Scotland warmed up for its Six Nations finale by pushing around Georgia by 48-7 in an empty Murrayfield on Friday.

The first test in the northern hemisphere since March saw Scotland score eight tries, three of them off lineout drives. Strong was the set-piece and defense in what was a near-perfect workmanlike warmup for their visit to Wales next week to complete the delayed Six Nations.

The Scots also gave the forgiven Finn Russell his 50th cap off the bench, and the flyhalf set up a late try on debut for South African-born wing Duhan van der Merwe.

Georgia, the best team in Europe outside of the Six Nations, struggled for any rhythm, hardly threatened, and suffered its heaviest defeat to Scotland. It will be back in three weeks for the Autumn Nations Cup, where its pooled with England, Ireland, and Wales.

Scotland was on the board within two minutes. Winger Darcy Graham ran a quick tap penalty and caught the Lelos napping with a try against them in a third consecutive test.

Awake, the Georgians didn’t concede again for more than a quarter until Scotland flexed its polished set-piece muscle.

Setting up an attacking lineout, hooker Fraser Brown, the acting captain while Stuart Hogg prepares for the English final on Saturday, was carried over in a drive with an extra push from a few backs.

It was executed so well, Fraser bagged a second try by the same method, and his second-half replacement Stuart McInally bagged another. When Scotland set up late for a fourth lineout drive, Georgia held, but quick hands on the blind put an unmarked Graham over for his second try.

Flanker Hamish Watson scored out wide after his fellow forwards softened up the Lelos to make it 17-0 at halftime.

Georgia was first to score in the second half when right wing Akaki Tabutsadze broke from a lob pass from scrumhalf Vasil Lobzhanidze that flicked the fingers of Scotland lock Scott Cummings.

But Brown calmed Scotland with his second lineout try, and Russell was injected for his first national appearance since the Rugby World Cup a year ago. He was dropped before the Six Nations after a breach of team discipline and publicly fell out with coach Gregor Townsend. But the coach kept in contact and Russell, who helped Racing 92 reach the European final last weekend.

Russell had a hand in two of the last four tries, his inside pass sending Van der Merwe clear, and a little flick on giving fullback Blair Kinghorn time for a chip and catch to finish the scoring. 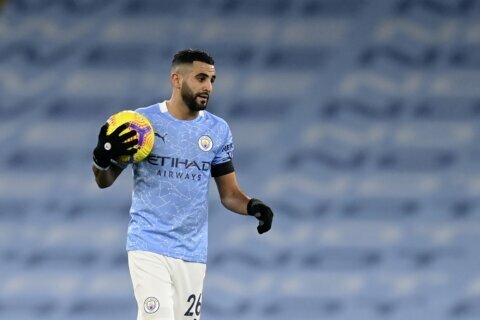 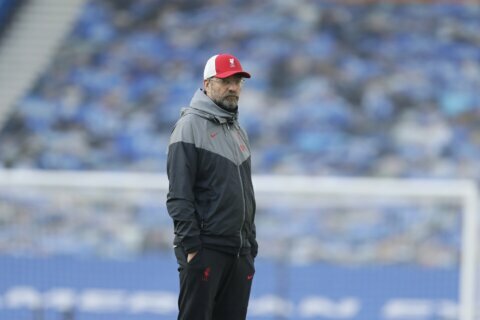